The Labor Department reported that there were 164,000 jobs added in July, quite close to the consensus estimate.  The July increase in jobs marked the 106th consecutive month of job growth.  The latest six-month average increase is 140,000, the fewest in seven years and less than last year’s 223,000 monthly average.  Nevertheless, the pace of job gains is relatively strong and generally stronger than the levels that have usually prompted the Federal Reserve to cut interest rates in the past.  That said, pressures associated with trade tensions and potential further trade-related weakness in the economy suggest that the Fed may be cutting rates further in September after this month’s 25 basis point reduction. 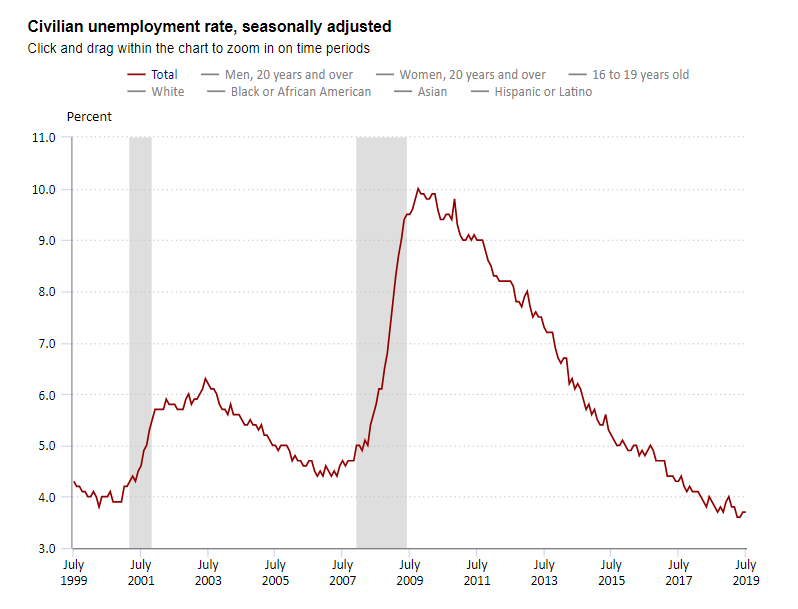 Revisions subtracted 41,000 to the prior two months.  The change in total nonfarm payroll employment for May was revised down by 10,000 from 72,000 to 62,000 and the change for June was revised down by 31,000 from 224,000 to 193,000.   Monthly revisions result from additional reports received from businesses and government agencies since the last published estimates and from the recalculation of seasonal factors.

In July, employment in health care rose by 30,000. In the past year, health care has added 405,000 jobs. Ambulatory health care services accounted for two-thirds of these jobs.

The unemployment rate was unchanged in July at 3.7%.  This is still close to the lowest rate in 50 years.  A broader measure of unemployment, which includes those who are working part time but would prefer full-time jobs and those that they have given up searching—the U-6 unemployment rate—fell to 7.0% from 7.2%. 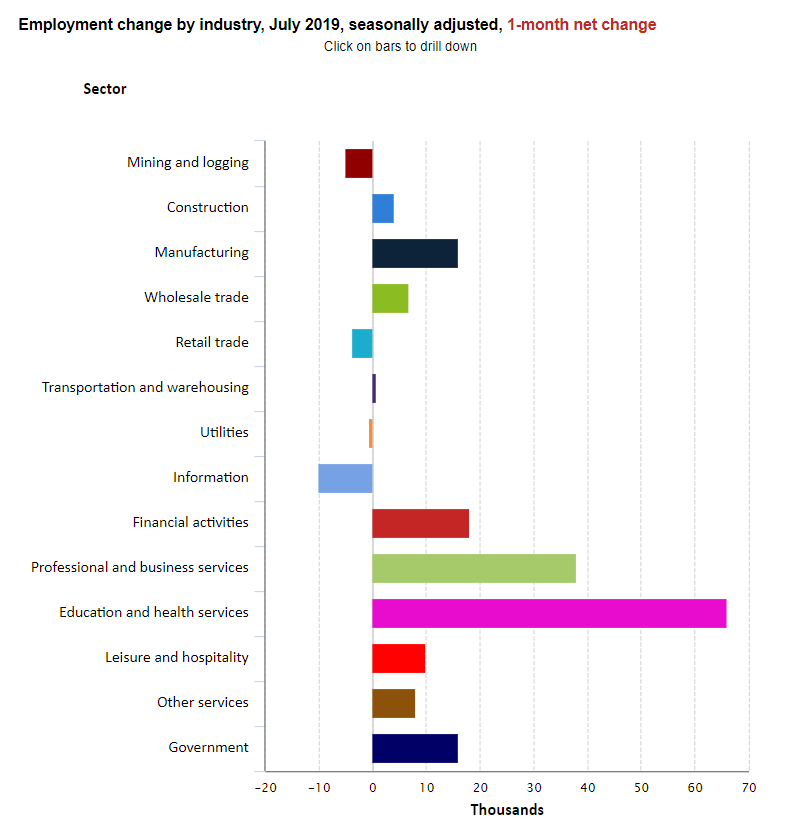 The labor force participation rate, which is a measure of the share of working age people who are employed or looking for work was unchanged at 63.0% in July, very low but up from its cyclical low of 62.3% in 2015.  The low rate at least partially reflecting the effects of an aging population.