Revisions also added several jobs to the prior two months. The change in total nonfarm payroll employment for November was revised up by 5,000 from 256,000 to 261,000 and the change for December was revised up by 2,000 from 145,000 to 147,000. Combined, 7,000 jobs were added to the original estimates. Monthly revisions result from additional reports received from businesses and government agencies since the last published estimates and from the recalculation of seasonal factors. After revisions, job gains have averaged 211,000 over the last three months. 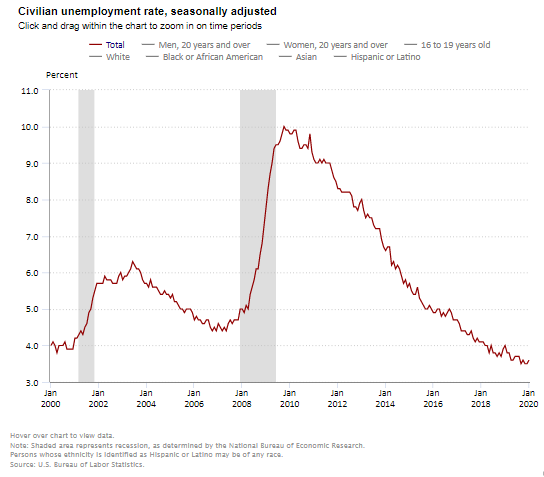 Average hourly earnings for all employees on private nonfarm payrolls rose in January by seven cents to $28.44. Over the past 12 months, average hourly earnings have increased by 3.1%. For 2018, the year over year pace was 3.0% and in 2017 it was 2.6%. Reasons why wages are not growing faster include the retirement of highly paid baby boomers and relatively weak productivity growth. 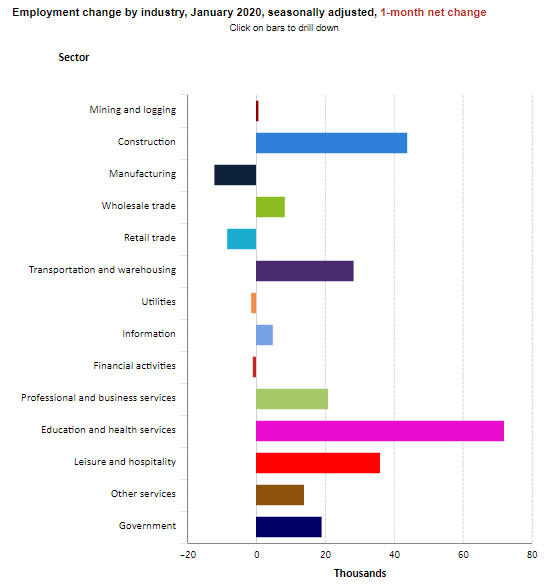 The labor force participation rate, which is a measure of the share of working age people who are employed or looking for work inched up to 63.4% in January from 63.2% in December, which had been the highest since August 2013.

The January employment report will support the Fed’s “on hold” stance, at least for the time being. In December, the Federal Reserve left interest rates unchanged and signaled it would stay on hold through 2020, keeping the Fed and its policies on the sidelines during the election year.