The U.S. Bureau of Labor Statistics reported that nonfarm payrolls rose by 263,000 in September 2022 and the unemployment rate fell back to its July level of 3.5%. The September increase was well below the year-to-date average of 420,000 and below the monthly average of 562,000 seen in 2021. The monthly gain paints an image of a still growing, but slowing, job market. Revisions added 11,000 positions to total payrolls in the previous two months.

Employment in health care rose by 60,000 in September and has now returned to its February 2020 level. Employment in nursing care facilities was up by 14,300 jobs from year-earlier levels and stood at 1,361,000.

Average hourly earnings for all employees on private nonfarm payrolls rose by $0.10 in September to $32.46. This was a gain of 5.0% from year-earlier levels, still high, but lower than in August (5.2%). Notably, on a three-month annualized basis, wages rose by a slower pace of 4.4%. 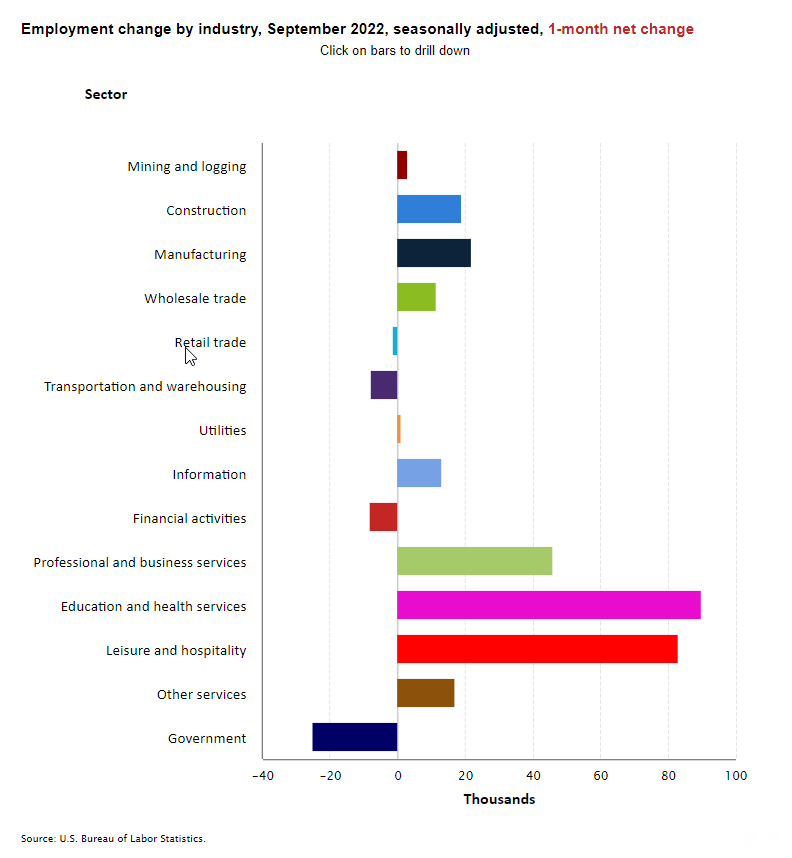 Earlier this week, the BLS released its JOLTS report that showed the number of job openings fell 10% in August to a seasonally adjusted 10.1 million from 11.2 million in July. That left job openings at their lowest level in one year, but still well above their pre-pandemic level in 2019 when they averaged 7.2 million

These combined reports support the Federal Reserve’s intention of continuing to raise interest rates further following the 75-basis point hike in the federal funds rate in late September. Already, the Fed has increased interest rates five times this year to a current target range of 3% to 3.25%, its highest range since early 2008. Another two rate hikes are anticipated for 2022. Further, a majority of the Federal Open Market Committee (FOMC) members see the fed funds rate reaching a level of between 4.5% and 5.0% in 2023.