The U.S. Bureau of Labor Statistics reported that nonfarm payrolls rose by 372,000 in June 2022 and the unemployment rate held steady at 3.6%. The June increase was in line with the average monthly gain over the prior three months (383,000). Revisions subtracted 72,000 to total payrolls in the previous two months. The market consensus had been for a gain of 268,000.

Nonfarm payrolls were still down by 524,000 or 0.3% from their pre-pandemic level in February 2020. Notably, private-sector employment has now recovered the net job losses due to the pandemic and is 140,000 higher than in February 2020, while government employment is 664,000 lower. 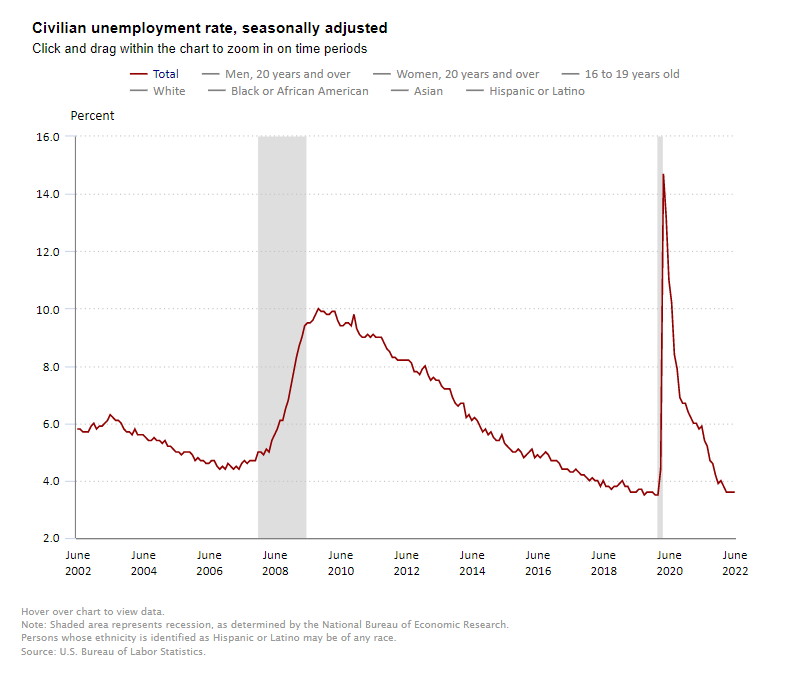 The report confirms that the labor market remains strong, despite inflationary pressures, waning consumer confidence, the war in Ukraine and on-going supply-chain pressures. Concerns about rising wage costs and inflation are also supported by this report, although wage pressures appear to be easing. Average hourly earnings for all employees on private nonfarm payrolls rose by $0.10 in June to $32.08. This was a gain of 5.1% from year-earlier levels but was less than the 5.3% gain seen in May and the 5.5% gain seen in April.

In a separate survey conducted by the BLS, the jobless rate was 3.6% for the fourth month in a row. The jobless rate is only 0.1 percentage point above the pre-pandemic level of 3.5% seen in February 2020, and well below the 14.7% peak seen in April 2020. The number of persons unemployed was essentially unchanged at 5.9 million but was still above the 5.7-million-person level seen prior to the pandemic. 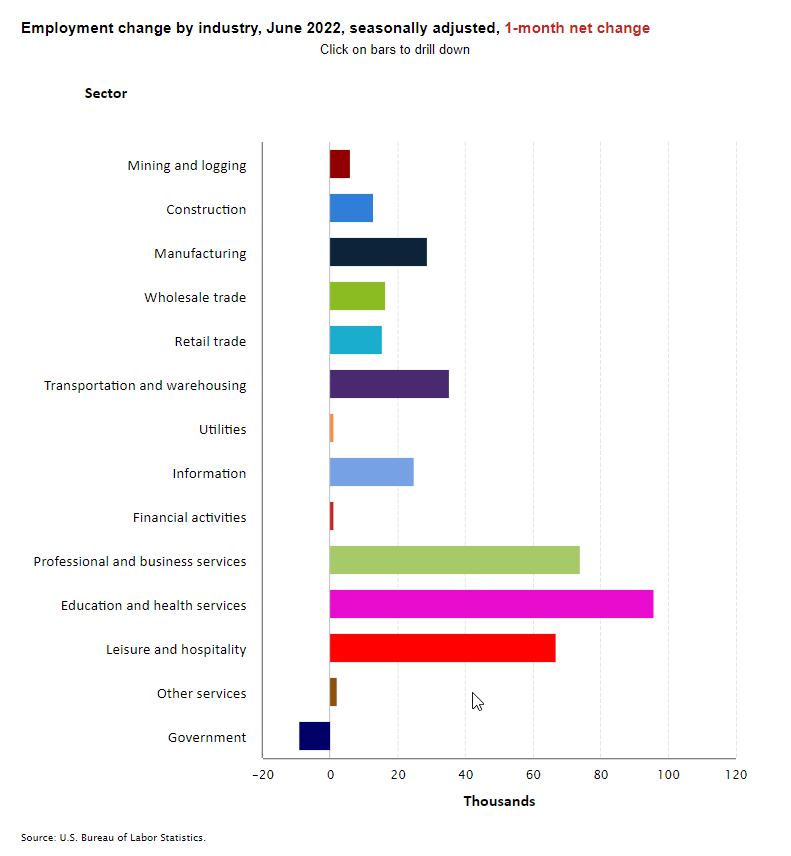 The June underemployment rate or the U-6 jobless rate was 6.7%, up from 7.1% in May 2022. This figure includes those who have quit looking for a job because they are discouraged about their prospects and people working part-time but desiring a full work week.