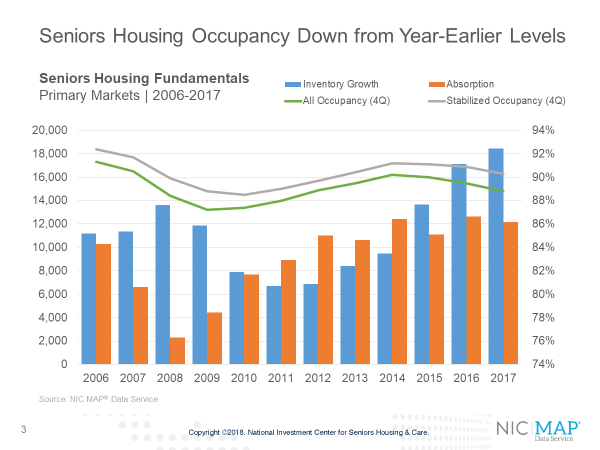 Takeaway #2:  Annual inventory growth and annual absorption for both assisted living and independent living flattened during the quarter

Assisted living inventory growth has been ramping up for a longer period than independent living in the primary markets. In mid-2012, the occupancy rate of independent living was nearly the same as for assisted living at 88.8%. Since that time, there has been a clear divergence in occupancy performance reflecting the differences in supply growth and demand for the two property types. 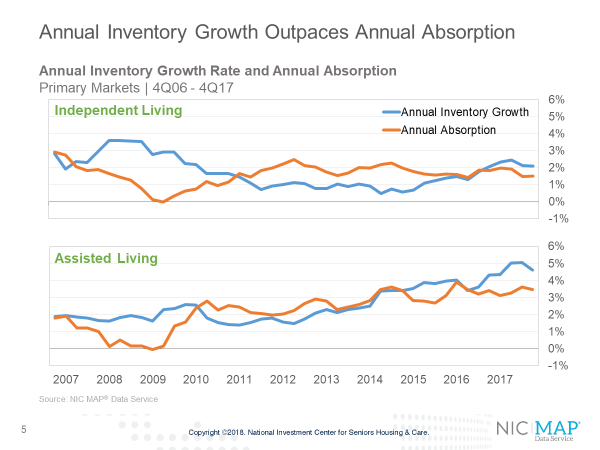 During the past three years, there have been nearly 79,000 units added to the stock of seniors housing inventory among the primary and secondary markets. Nearly one-third of this growth occurred in eight metro areas: Dallas, Minneapolis, Chicago Atlanta, Houston, Boston, Phoenix, and New York. Dallas alone accounted for 5% of all new seniors housing inventory in the past three years.

Same-store asking rent growth for seniors housing slowed in the fourth quarter, with year-over-year growth of 2.6%. This was down from 3.7% in the fourth quarter of last year when it reached a cyclical peak, but was equal to its long-term average pace experienced since late 2006 of 2.6%.

There is wide variation in rent growth. Among the primary markets, the top ranked metropolitan areas for year-over-year rent growth in seniors housing were San Jose, Seattle, Los Angeles, Las Vegas and Portland, Oregon. The weakest rent growth was in Kansas City, Atlanta, Chicago and San Antonio. Many of these latter markets also had some of the lowest fourth quarter occupancy rates in the nation. 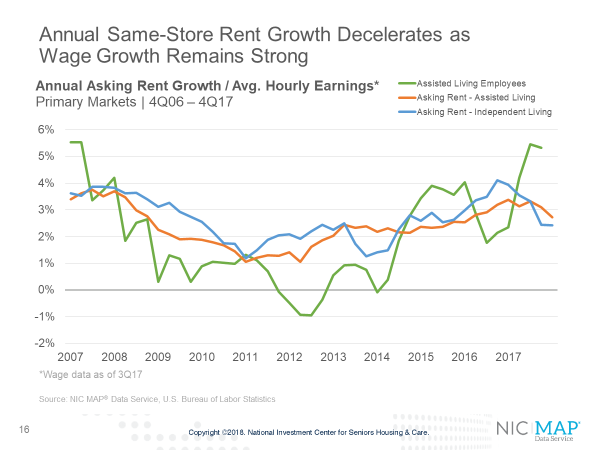 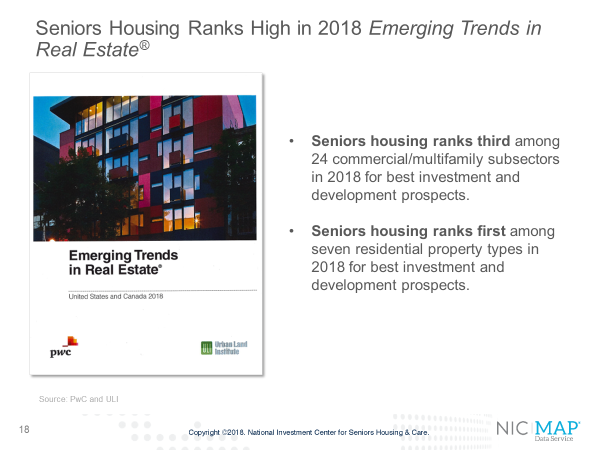