The unemployment rate remained low at 3.7% in November, which is the lowest rate since December 1969. The jobless rate remains well below the rate of what is generally believed to be the “natural rate of unemployment” of 4.5%, which suggests that upward pressure on wage rates will continue. Further indications that this is in fact starting to occur were released in the report. Average hourly earnings for all employees on private nonfarm payrolls rose in November by six cents to $27.35. Over the past 12 months, average hourly earnings have increased by 81 cents, or 3.1%. This was the same as last month and the strongest pace since 2009. Last year, they rose by 2.6%. 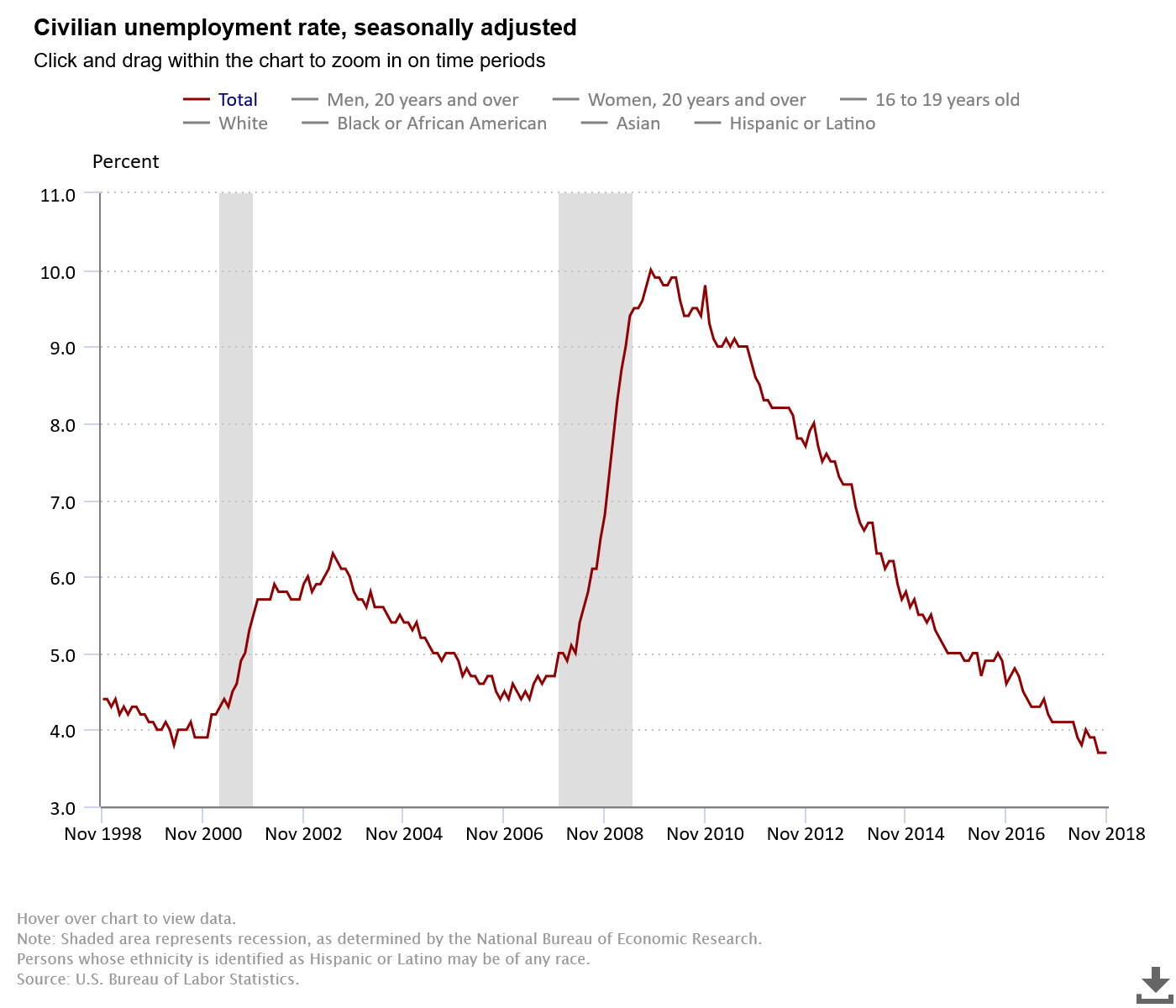 A broader measure of unemployment, which includes those who are working part time but would prefer full-time jobs and those that they have given up searching—the U-6 unemployment rate—rose by 0.2 percentage points to 7.6% in November, but it was still below its rate of 8.0% one year ago.

The Labor Department also reported that there were 155,000 jobs created in the U.S. economy in November, below the consensus expectation of 198,000. This was the 98th consecutive month of job growth. However, October was revised down from 250,000 to 237,000 and September was revised up to 119,000 from 118,000. With these revisions, employment gains in September and October combined were 12,000 less than previously reported. The September figure may have been negatively affected by Hurricane Florence, while the November figure may have been affected by snowstorms in the Midwest and wildfires in California.

Payrolls have averaged 170,000 per month for the last three months and 206,000 for the past eleven months, up from 182,000 last year. It is important to note that the jobless rate is calculated from a different survey than the survey used to calculate the number of new jobs (the household versus the establishment survey, respectively).

The labor force participation rate, which is a measure of the share of working age people who are employed or looking for work was unchanged at 62.9% in November, still very low and near its cyclical low of 62.3% in 2015. The low rate at least partially reflecting the effects of an aging population.