The Labor Department reported that there were 228,000 jobs created in the U.S. economy in November.   This was above the consensus expectation of 200,000 jobs.  This marked the 86th consecutive month of positive job gains for the U.S. economy.  Revisions were minimal, adding 3,000 jobs to the prior two months.

The unemployment rate remained unchanged at a 17-year low of 4.1% in November. The number of long-term unemployed (those jobless for 27 weeks or more) was little changed at 1.6 million and accounted for 23.8% of the unemployed. Over the year, the number of long-term unemployed was down by 275,000.  A broader measure of unemployment, which includes those who are working part time but would prefer full-time jobs and those that they have given up searching—the U-6 unemployment rate—increased to 8.0% in November from 7.9% in October, but was down from 8.6% as recently as August. 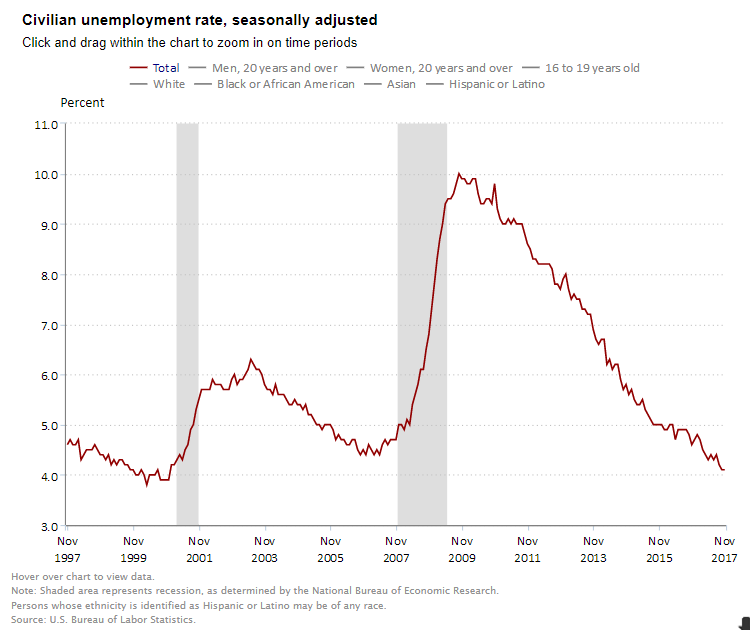 The labor force participation rate, which is a measure of the share of working age people who are employed or looking for work remained at 62.7%.  This measure has generally been very low by historic standards, at least partially reflecting the effects of retiring baby boomers. The employment-population ratio was little changed at 60.1%.

Average hourly earnings for all employees on private nonfarm payrolls rose in November by five cents to $26.55. Over the past 12 months, average hourly earnings have increased by 64 cents, or 2.5%. This is down from the 2.6% average in 2016.  In 2015 this figure was 2.3% and in 2014, it was 2.1%.  It is notable that other data suggest stronger wage pressures.  The Bureau of Labor Statistics County Employment and Wage Report, which is based on comprehensive tax records, show wage income up 4.7% from year-earlier levels in the second quarter. 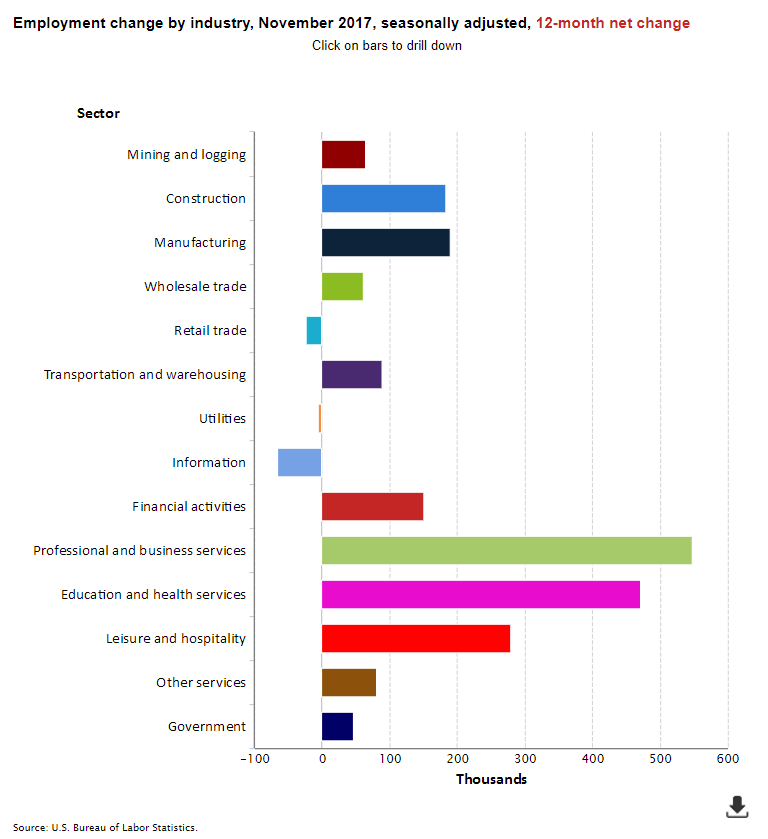 Today’s report will support the expected increase in interest rates by the Federal Reserve next week.  The Fed has raised rates by a quarter percentage point four times since late 2015, and most recently to a range between 1.0% and 1.25% in June of this year, after keeping them near zero for seven years.