A review of the third quarter 2019 CCRC data for the combined 99 Primary and Secondary metropolitan markets tracked by NIC MAP® shows that both “all” and “stabilized” occupancy rates were essentially flat year-over year, fluctuating only as much as 20 basis points during the four quarters (4Q 2018 to 3Q 2019). Current “all” occupancy is equal to the recent high of 91.4% reached in 1Q 2019, which registered the highest rate achieved since 4Q 2008. Current “stabilized” occupancy (defined by NIC as properties that have been open for at least two years or, if open for less than two years, have already reached a 95% occupancy level) is 10 basis points higher (91.5%). For context, the seniors housing all occupancy rate for the 99 Primary and Secondary metropolitan markets also fluctuated 20 basis points over the same period and averaged 87.8% in the third quarter of 2019.

Over the past four quarters, CCRC net absorption outpaced net inventory growth by nearly 1,200 units. This quarter reported the most units absorbed in a single quarter since 3Q 2016 (1,333 units). 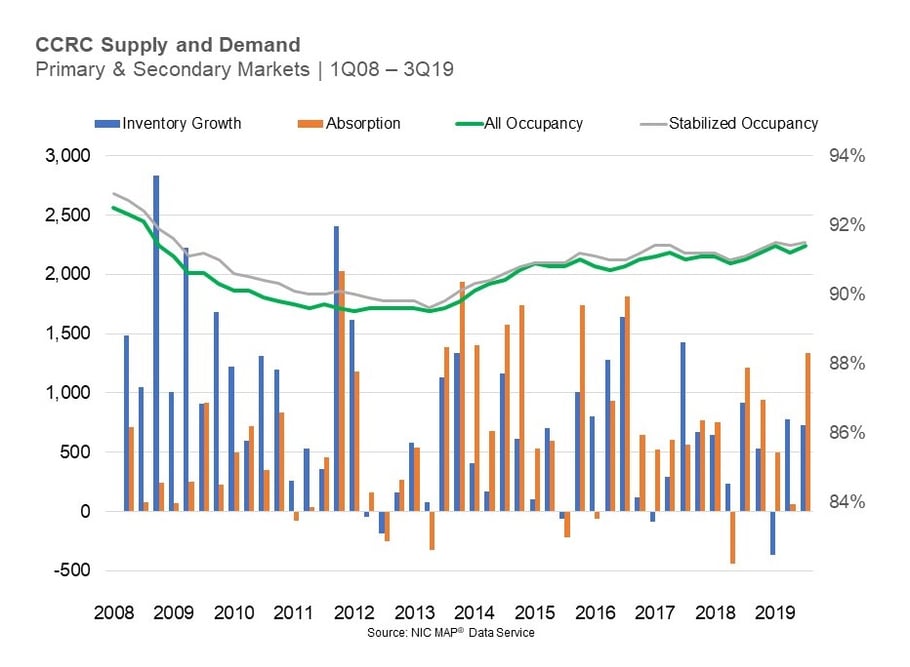 While rental occupancy is 89.4%—up 30 basis points over the prior quarter when it matched the lowest rate in the time series (89.1%), entrance fee occupancy peaked at 92.6%—a level not reached since mid-2008.

Entrance fee occupancy has been on an upward trajectory, growing approximately three percentage points since the middle of 2012. Rental occupancy, on the other hand, has been trending lower since its recent peak reached in late 2014, declining about one percentage point. 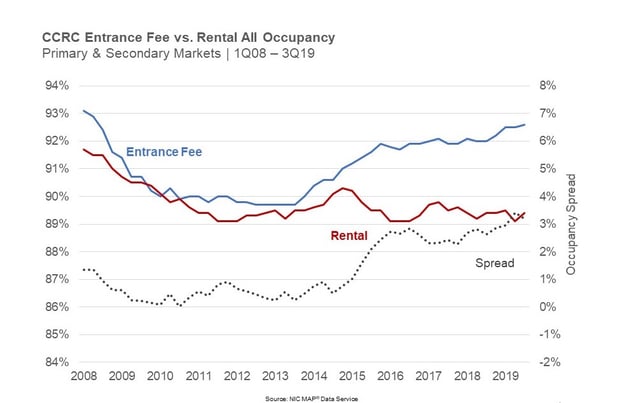 The spread between entrance fee and rental occupancy in the combined Primary and Secondary markets is near the time series high reached in the second quarter of 2019 (3.4%). The occupancy gap is currently 3.2%, down 20 basis points from the prior quarter. 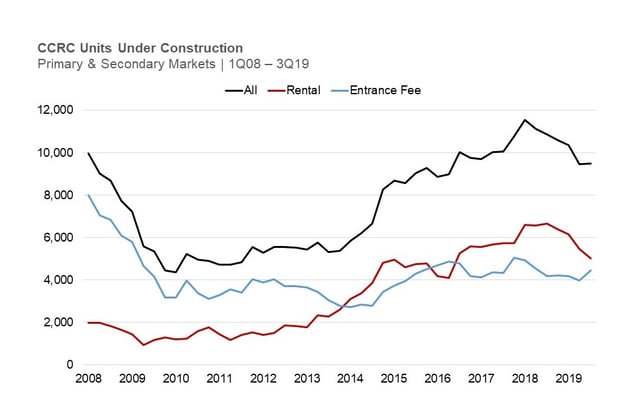 CCRC units under construction are concentrated in a few markets

The map below illustrates where CCRC construction has been strongest as indicated by the size of the circles. In addition to absolute growth in units, the color of each circle represents the percentage of units under construction in relation to total supply. 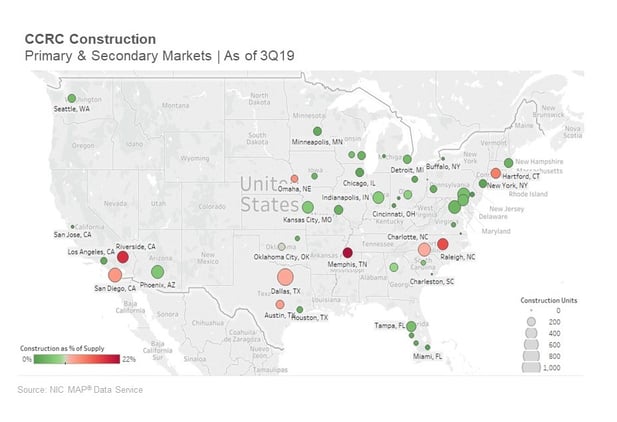 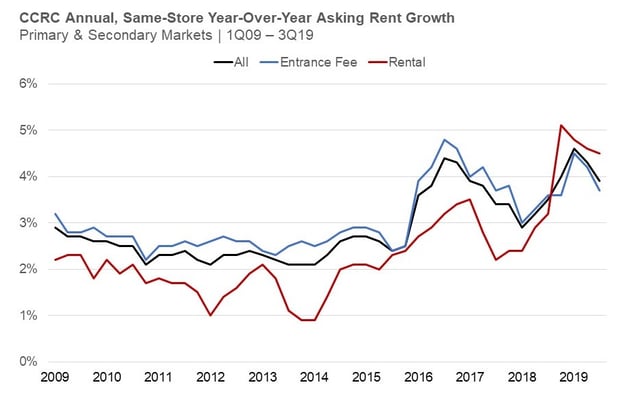 In a future edition of NIC Notes, we’ll offer a new analysis considering the market fundamentals of care segments within CCRCs compared to non-CCRC segments in freestanding/combined communities. Also referred to as life plan communities, CCRCs offer multiple care segments (including, at a minimum, independent living and nursing care) typically by a single provider on one campus, and our future analysis will separate the segments  from the CCRC community type that NIC includes under the main category of Seniors Housing.