Takeaway #1:  Seniors Housing Occupancy Fell to its Lowest Rate Since 2011

Takeaway #2:  Assisted Living Occupancy Slipped to 85.1%,  Its Lowest Level Ever Recorded by NIC. 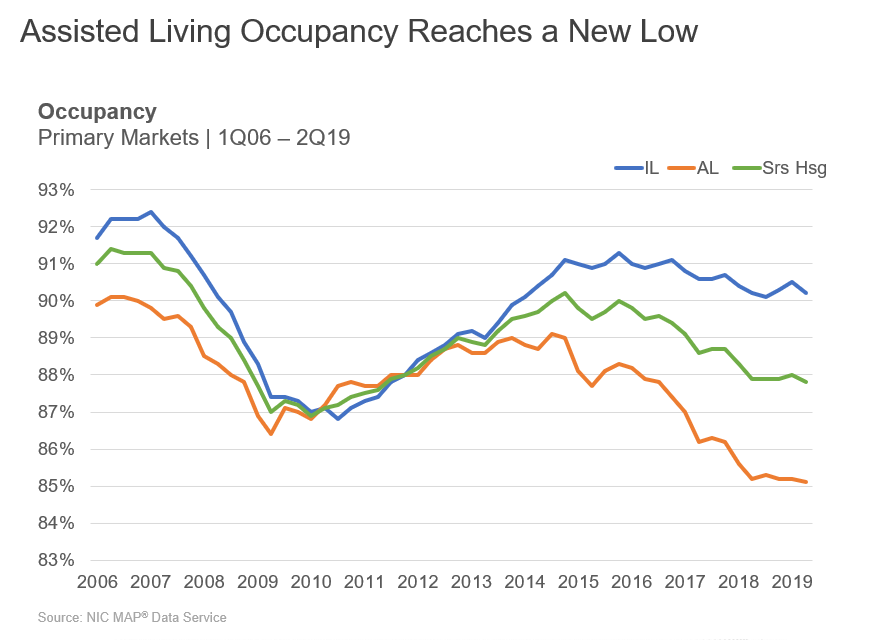 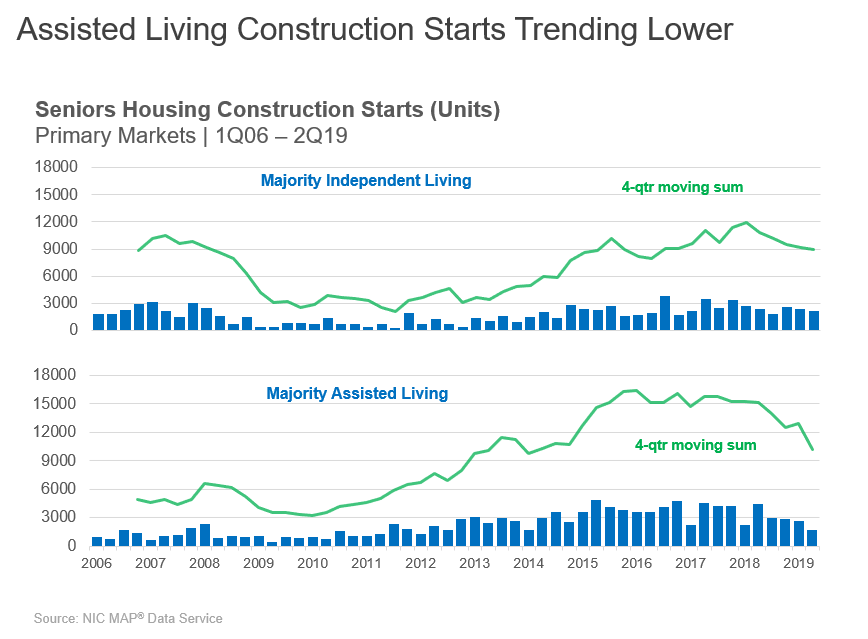 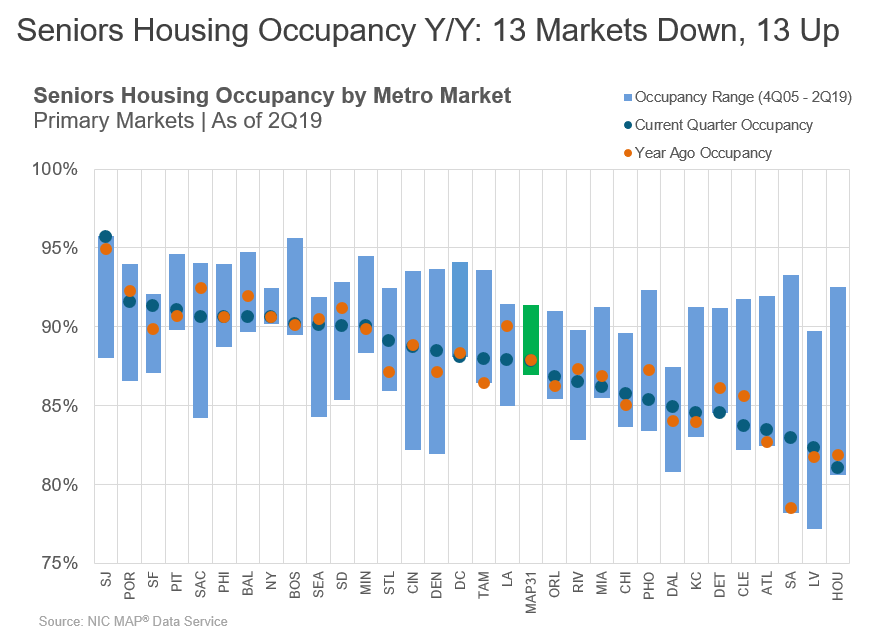 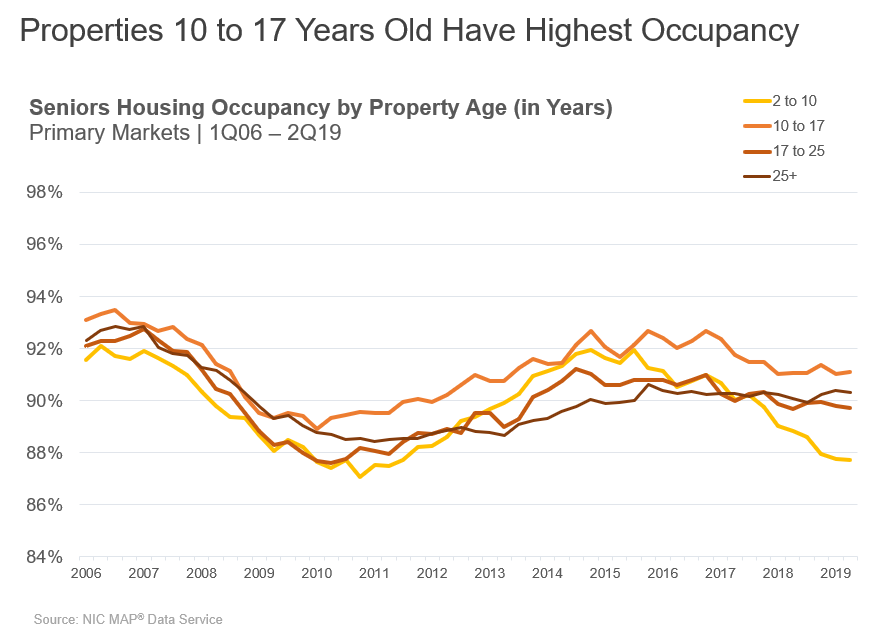 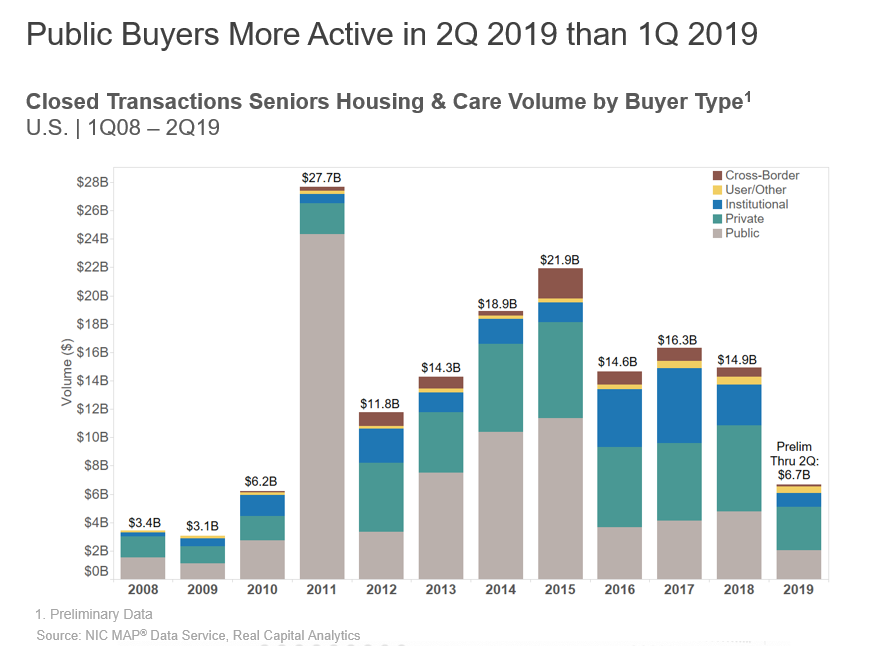