NIC MAP® Data Service clients attended a webinar in mid-July on the key seniors housing and nursing care data trends during the second quarter of 2020. Led by the NIC research team, the webinar presented findings that reflected the impact of COVID-19 across the seniors housing and care sector. Key takeaways included the following:

Takeaway #2: One of Five Properties Had 95% or Higher Occupancy

Takeaway #3: Largest Occupancy Declines Were in the April Reporting Period 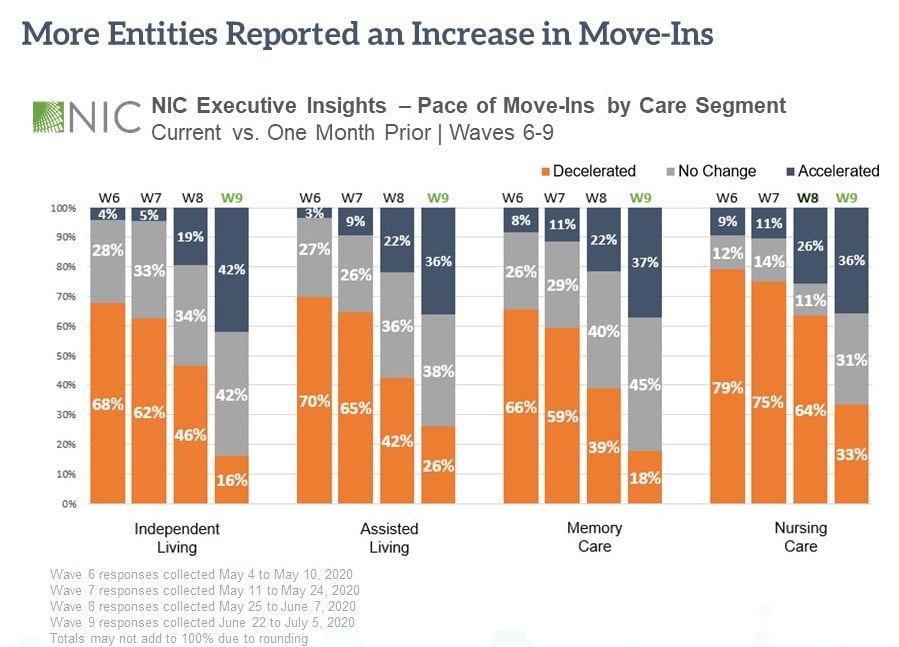 Operators are invited and encouraged to help provide transparency to the market by participating in the next Executive Survey. Click here to complete the survey.

While access to the full presentation of the key takeaways from this article is available exclusively to NIC MAP clients, the abridged version of the 2Q20 Data Release Webinar & Discussion - featuring data graphs and my commentary - is available through the link below.

Now more than ever, the actionable data provided by NIC MAP® Data Service can help you stay informed. To learn more about NIC MAP and accessing the data featured in this article, schedule a meeting with a product expert today.