NIC MAP Vision clients, with access to NIC MAP® Data, attended a webinar in mid-July on key seniors housing data trends during the second quarter of 2021. Findings were presented by the NIC Analytics research team. Key takeaways included the following:

Takeaway #3: Some Markets Continue to See Strong Levels of Construction 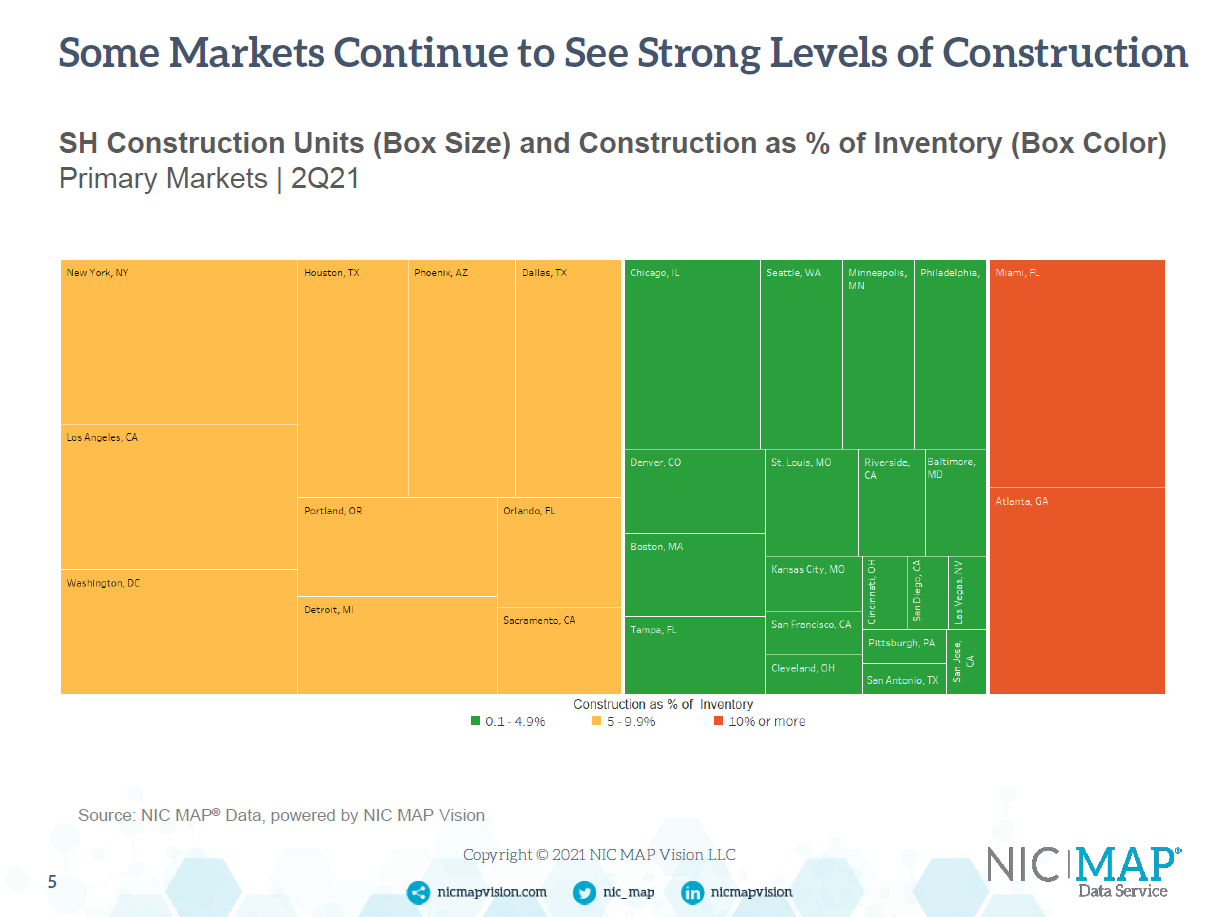 Interested in learning more?
While the full key takeaways presentation is only available to NIC MAP clients with access to NIC MAP data, you can access the abridged version of the 2Q21 Data Release Webinar & Discussion featuring my exclusive commentary below.

To learn more about NIC MAP data, powered by NIC MAP Vision, an affiliate of NIC, and accessing the data featured in this article, schedule a meeting with a product expert today.