Scott Brinker, president and chief investment officer of Healthpeak, the nation’s third largest healthcare REIT, recently expressed frustration with the limitations of seniors housing data, that fails to provide insights into rate discounting. In Healthpeak’s fourth quarter, 2019 earnings call, Brinker said, “From where we sit today, occupancy across the sector is generally flat, which is certainly an improvement from where it’s been the past three years or four years. But too often, I think that occupancy is coming at the expense of discounting and incentives, and those aren’t being picked up by the [National Investment Center for Seniors Housing & Care] {asking rate} data that a lot of people like to focus on.”

During a time in which the market pressures Brinker describes are challenging investors, the meaningful transparency that actual rates data provides could hardly be more important to the sector. Brinker’s comments serve to underscore the importance, therefore, of NIC’s Seniors Housing Actual Rates Initiative, a program several years in the making, that is now beginning to report out exactly the type of local market data that seniors housing investors need to develop proformas, underwrite transactions, develop business plans and monitor portfolios.

For several years, NIC has been reporting seniors housing actual rates data at the national level, but in the past few months NIC’s data team has begun to roll out this data at the metropolitan level. Now, NIC MAP® clients and providers of actual rates data can access key data on the actual rates residents are paying for their units, along with move-in and move-out rates, in Atlanta, Philadelphia and Phoenix. This new data provides investors, owners, operators, developers, and other stakeholders a powerful new metric to benchmark, analyze, and improve property underwriting and assessment within these markets. 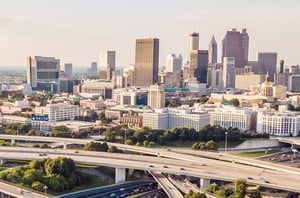 In Atlanta, for example, a market that has seen extensive new supply coming on line, Actual Rates data reveals discounting on assisted living units equivalent to two months’ rent upon move-in as of December 2019.

NIC Data Principal Brian Connolly has been working on the Actual Rates Initiative since coming to NIC over four years ago. In the early days, the effort faced a couple of major challenges. “When we came into this, there was a lot of collaborating with each operator to get their data reported in a standard format so NIC could process it and put it into an aggregate data set for analysis,” said Connolly. That wasn’t the only potential roadblock. “Asking for the specific rates actually being paid for individual units is sensitive. That was a bit of a challenge to overcome. Knowing that the data contributors are kept confidential and that the data is reported only in the aggregate, however, has alleviated such concerns among the data contributors,” he explained.

To facilitate easier and more efficient participation by operators in contributing their data, NIC decided to approach software providers in the space for help. “We wanted to work with them, so that they could program, on behalf of their respective clients, the standardized data contributing reports required by NIC. Then, an operator could simply go into a familiar software system they already use, download a report, and hit a button to submit it to NIC,” explained Connolly. The certification of Yardi as NIC’s first Actual Rates Partner, was followed by the additions of Matrix Care Senior Living and Point-Click-Care, and more will follow. “Now, any operator using software from one of our partners can, after an initial configuration, click a button to contribute their actual rates data to NIC. That really makes it easier for NIC to recruit more operators.”

As more operators participate, more metropolitan markets will meet NIC’s threshold for property participation, which ensures confidentiality. Once enough properties in any given metropolitan market are reporting their data, NIC will begin to report on that market. That reality, combined with the relative ease of reporting, will hopefully encourage more operators to participate in this initiative, in order to gain valuable tools and insights where they operate.

NIC’s intention is to provide data down to the metropolitan market level. As Connolly sees it, “Our ultimate goal is that this Actual Rates data will be available from nationwide coverage to specific markets, enabling data users to benchmark to market averages and compare trends across markets.” With Atlanta, Philadelphia, and Phoenix already reporting metro-level actual rates data, NIC is on its way to achieving that vision, which should encourage investors and capital providers such as Healthpeak’s Brinker – and motivate operators to participate.

Look for the expanded article on this topic in the upcoming NIC Insider newsletter, published monthly on nic.org.