How to Figure CapEx in a COVID-19 World

Budgeting for capital expenditures has taken on a new complexity. Not only are investors changing their assumptions in the COVID-19 era, but the seniors housing stock is aging. A growing number of older properties need costly updates to stay competitive.

Two sessions at the 2020 NIC Fall Conference addressed the best approaches to capital expenditures, or CapEx, in a quickly changing environment. 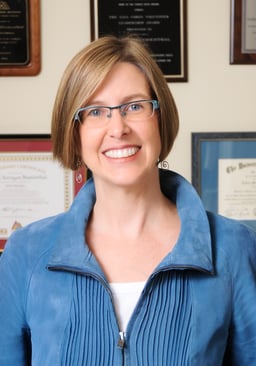 Blumenthal was joined in the educational session and a separate peer-to-peer exchange by Lukas Hartwich, senior analyst, Green Street Advisors.

Expenses related to COVID-19 are not expected to have a long-term impact on CapEx allocations or underwriting assumptions. according to the panelists. Aging buildings will be a bigger concern going forward.

But investors question whether some COVID-related costs can be classified as capital expenditures vs. unbudgeted expenses. High-cost items might be considered capital expenditures, according to Blumenthal. These might include new technology platforms and HVAC systems. Rooms converted to spaces for employees to change into personal protective gear might qualify as well.

Rising expenses related to the pandemic have caused investors to defer some capital spending. The replacement of carpeting can wait. Resources are being devoted to keeping residents safe.

Building obsolescence is a big issue. The first wave of seniors housing properties is reaching the 25-year-age mark. “Assets need more capital expenditures as they age,” said Hartwich. Boilers break down. Roofs need to be replaced. 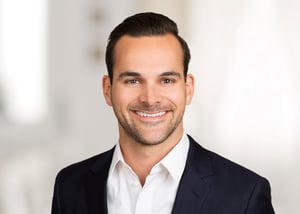 Capital expenditures can fix some age-related problems, but not others. For example, many assisted living buildings from the 1990s include an ice cream parlor, an amenity out of fashion. That space can be repurposed for another use, according to Blumenthal. But units with eight-foot ceilings, or a property with a lot of studio apartments can’t be fixed.

Even newer properties may need an upgrade.

“Competition is a huge factor in spending,” said Blumenthal. Five-year-old buildings may require a complete interior refresh to compete with a new community that opens nearby. She said the competition is especially intense at the high-end of the market which accelerates capital expenditures.

On average, operators spend about 26% of net operating income (NOI) annually on capital expenditures, according to the 2020 State of Seniors Housing report, compiled by HealthTrust.

The State of Seniors Housing report is based on a sample size of 1,748 properties. Among properties built since the year 2000, spending on CapEx totals about $2,500 to $2,600 per unit. Spending on older properties tends to be higher than for newer properties. Older buildings need more repairs and updates.

Other data sources confirm those numbers, according to Greenstreet’s Hartwich. NCREIF, the industry organization that aggregates commercial real estate data for institutional investors, pegs CapEx in the 20-25% range in recent years.

Spending varies based on property type and location.

For example, life plan communities tend to spend the most on CapEx, about $7,000 annually per unit. Life plan or continuing care communities rank as among the oldest of senior living properties. These communities often charge entrance fees and tend to have upscale amenities, such as multiple dining venues, that may require regular capital expenditures. “The more the amenities, the higher the expectations of the residents,” said Blumenthal. “High-end communities are fast to replace carpeting and other items.”

Owners of properties in tertiary markets are slow to reinvest. Consumers often don’t have a lot of choice of where to live. Competition is scarce, so there’s less incentive to invest in properties.

Another major factor driving capital expenditures is a change in ownership. Spending peaks just before or right after a sale. Those are the times when owners are most likely to spend on big ticket items to help boost occupancy.

In general, capital expenditures are increasing. “We really see an uptick,” said Hartwich. Much of the increase can be attributed to the age of the buildings.

Interestingly, owners say they are spending less on CapEx in 2020 than they did in 2019. Some of the decline could be due to the disruption caused by the COVID-19 outbreak. Workers have not had access to buildings to conduct renovations. Spending is being allocated for items to improve resident safety, such as touchless light switches.

Historical data and comparisons to other asset classes should be used with caution when figuring CapEx reserves. Seniors housing has more amenities than apartments. Hotels get more wear and tear than seniors housing.

There is some overlap between seniors housing and hospitality in terms of the owner-operator dynamic. But historical data for lodging goes back further. “When you are looking at newer assets, CapEx may seem lower which can cause investors to overestimate returns,” said Hartwich. “The sector is aging.”

CapEx tends to be “lumpy,” according to Blumenthal, uneven from year to year. Spending may be high one year and then low the next. The timing of renovations often depends on broader market conditions.

Allocations for CapEx may also depend on how long the investor intends to hold a property, according to Greenstreet’s Hartwich. Short-term investors with a hold period of say five years may set aside less for CapEx compared to investors that plan to hold the property for a longer period.

Looking ahead, it’s likely that COVID-19 will not have a long-term impact on capital expenditures. Most costs will be allocated to one-time operating expenses. “Investors will adjust,” said Hartwich.