The presentation kicked off with Mace’s thoughts on the severity, breadth, and duration of the pandemic. Mace pointed to the “astounding” pace of the virus’ spread across the globe, growing by over 2 million new cases in the past month, to a May 19, 2020 total, provided by the John’s Hopkins Coronavirus Resource Center, of 4,823,479 confirmed cases globally, and 1,508,957 in the U.S. As Mace commented, “the pandemic is here, it’s widespread, and it’s affecting all of us.” While the number of newly confirmed cases each day is flattening, Mace summarized the latest data by saying, “there are still enormous numbers of people that are at risk in this pandemic, and that are being affected by it.”

Describing the measures her organization has put in place to combat COVID-19, Kerr observed that, “We are continuing to learn about this disease and how it manifests.” Belmont Village Senior Living has 31 communities in seven states and Mexico City, with its largest concentration in California, with approximately 4,000 residents in total.

The organization began by meeting Centers for Disease Control and Prevention (CDC) recommendations in early March, but quickly realized that would not be enough. Kerr described an “evolution” of actions, including voluntarily banning new admissions, restricting access to properties, using new processes and technologies to screen staff, restricting meal service, and modifying social engagement activities. Belmont is also using technology, such as Zoom and other connectivity apps, to help keep residents safely in touch with family and loved ones. They are also investing in telehealth technologies to enable the delivery of healthcare to residents without having to transport them to a hospital or doctor’s office.

For Belmont’s memory care residents, the organization has made further adjustments, including restricting dining into shifts, so smaller groups can visit the dining room at the same time, and training staff on how best to communicate with cognitively impaired residents while wearing a mask and PPE – a challenge particular to memory care.

Mace’s presentation on the economy was titled, “The Economy: A Storm Ahead.” The pre-COVID-19 economy was enjoying the longest expansion on record, and the lowest unemployment rate in 50 years. Now, Mace noted, “This is the third time in two decades that all job-growth of the previous cycle has been eliminated. We’re back at the same level of jobs as back in February, 2010, and August of 2003, and December of 1999.” The unemployment rate is now at its highest rate since before World War II. Now at 14.%, Mace said that the rate is “projected to possibly go to 20% when we get the new data from May.” She pointed out that in the nine weeks since the pandemic hit the U.S., 38 million people have filed for unemployment insurance.

Visualized in a chart tracking quarterly U.S. Gross Domestic Product since 1968, a “Severe shock to the economy” is clear to see, as GDP is projected to drop at an annualized rate of 25%-40% in the second quarter of 2020. “We’re in the thick of it,” Mace said. Most economists, according to Mace, believe we’re seeing the worst of the economic impact now, and that it will soon begin to show signs of improvement. However, “It largely depends on whether we have a second wave, and how well we’re able to get testing, PPE and tracing, and if we can get a vaccine.”

A number of these economic factors are impacting the seniors housing and care industry. Data reported in Senior Housing News reveals that the sector’s labor costs are rising in the pandemic. Labor costs are 8% higher for properties unaffected by COVID-19. In communities that have tested positive for the virus, these costs are 18% higher. Costs are driven by “appreciation pay,” or “hazard pay,” for frontline care givers, hiring temp staff, providing childcare stipends, and similar labor-related costs. Other COVID-related costs include acquiring PPE and testing kits, building sanitation costs, and higher insurance costs.

Kerr added that paid leave, or, “quarantine pay,” is another category adding significant cost, as operators keep COVID-positive staff out of their properties. She also observed that finding PPE can be very challenging – and often the costs vary significantly. She said that the cost of a full isolation kit, which is used when caring for COVID-10 positive residents, is averaging $45 a day. She added that COVID-specific costs quickly multiply in communities in which residents have tested positive for COVID-19, averaging about three times the additional cost for COVID-free communities.

Some of those costs will remain, even after COVID-19, but some will be reduced as supply chains are streamlined and society adjusts to a new normal. “The silver lining is that the deeper we are into this…the more efficient we are becoming,” said Kerr, who expects to reduce costs through better planning and preparation.

NIC Executive Survey Insights indicate that higher acuity properties are seeing large declines in move-in rates. The most recent “wave” of data, from May 3, reflects that 84% of skilled nursing respondents reported declining occupancy rates over the previous 30 days, with assisted living reporting 74%, and independent living 71%.

Belmont Village has seen a drop in move-in rates, too, due largely to banning new residents, but has begun to allow move-ins in select locations. Kerr also noted that there are prospective residents waiting to move in, “there are a lot of people who have been waiting to move in because they do have special needs and would like to be cared for in a suitable environment.” The company now offers virtual tours, which Kerr says have been very well received, and is instituting new protocols, such as isolating move-ins to ensure they are COVID-free, and minimizing foot traffic through new move-in procedures.

ousing and care includes time working on the capital provider side, both with Welltower, Inc, and HCP, also commented on the availability and cost of capital. Mace reviewed the current situation: Lenders are “on pause” until the picture becomes clearer, its difficult to evaluate and price risk, we’re seeing limited originations and capacity for new ground-up development, and the approach to lending and borrowing has become more conservative.

Underwriting assumptions are also more conservative today. Mace discussed longer lease up times, near-term rent and NOI growth impairment, compromised margins, rising costs of borrowing, and uncertainty in cap rate movement. She also described today’s reality regardingtransaction volumes as being limited and having extended timelines. Capital providers are focusing on their existing portfolios, private markets still haven’t followed the rapid repricing seen in public markets, but likely will do so, and bid/ask disparities are widening. With many government offices closed, the pandemic is also impacting the ability to get inspections and paperwork completed.

Asked how Belmont is responding to these trends, Kerr said that the company is moving ahead with development projects already in the works. “It’s probably a relationship type of market and by that I mean transactions with repeat providers, where there’s a great deal of experience already, or projects we have done together,” she explained. “I’m not suggesting the flood gates are open, by any stretch, but we have been…continuing as planned and securing debt…we have continued down the path without interruption.”

On the possibility of rate cuts, Kerr said, “Given everything we’ve talked about up to this point, the absolutely extraordinary effort that has to go into what we are doing, I don’t anticipate that this is an environment for rate cuts…this is not a period for discounting.” Echoing comments from earlier Leadership Huddles, Kerr also suggested that the market would see fewer new entrants as a result of the pandemic. “I think you will see less of the type of development that we might have seen in the past…new entrants to the market, people who are ‘dipping their toe in.’ I don’t think this is a time to try something new.”

Speaking about the rapid pace of regulatory change, Kerr addressed how difficult it has been to remain in compliance. “It’s a real herculean effort to keep up with the changes in requirements,” she said, describing getting multiple different sets of guidance from different governing bodies, “You’re getting some sort of executive order from a governor’s office, versus something that is coming out of your local department of health.”

Mace briefly presented key demographic data, pointing out that baby boomers won’t even begin to arrive in seniors housing until 2028, when the first of the generation will turn 82. She also presented recent findings on the importance of lifestyle and social determinants on health outcomes, and asked Kerr about the evolving trend of merging healthcare into the seniors housing environment.

“It’s something we should all be very aware of; what role do we play in this continuum of care?” Kerr said. She described Belmont’s partnerships with academic and medical research institutions, such as USC Davis school of gerontology, Baptist Health, Vanderbilt, and others. “There’s a long list of those kinds of connections because we understand that we have the opportunity to impact wellness,” she said. Speaking about the new prevalence of telemedicine and how COVID-19 has inspired numerous innovations in delivery of healthcare and wellness, Kerr indicated many of the innovations would remain even after the pandemic. She said, “We represent where people live and these providers want to, in many cases, meet their consumer, their patient, where they live, which in our case, is in senior housing communities.”

The last portion of the webinar was devoted to answering questions from attendees, who can submit questions online. NIC Chief Operating Officer Chuck Harry collected a variety of questions from the audience, including several on testing. Responding to questions on testing, Kerr said, “We could have three sessions like this on testing and would not be done. There’s new information about it just about every day. Part of the conundrum has been that supplies have not been broadly available. They certainly haven’t been available in equal measure for every operator…we’re not looking at an evenly distributed opportunity to test.”

Another question, referencing the amount of messaging coming out of the nightly news, asked whether operators were seeing changes in consumer sentiment. In response, Kerr, described the effort her organization put into communications, establishing, “a very clear, transparent, and frequent communication with our staff, residents, and their loved ones. Nothing can replace that.” Commenting on the possibility of long-term damage, she went on, “I don’t know that there’s some sort of permanent damage; on the contrary, because people who are close to us understand the specifics, rather than just being guided by the headlines. But time will tell, Chuck. We’ll hopefully be doing this right and will earn that trust.” 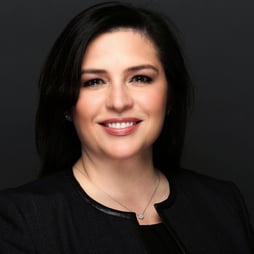