Seniors Housing and Government Can Work Together for a Bright Future.

One of the attractions of any NIC Conference is the caliber of thought leadership and insight provided in main stage keynote sessions. Typical keynotes, held in large ballrooms, hardly feel intimate. In contrast, much of the 2020 NIC Fall Conference, hosted on a virtual platform that put every speaker and attendee on a face-to-face basis, felt close, personal, and disarmingly genuine. This dynamic was on display for one of the most anticipated keynote discussions of the nation’s most important seniors housing and care event. 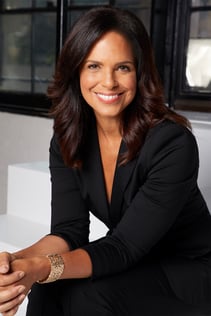 Award-winning journalist Soledad O’Brien adeptly moderated a discussion with Mark Parkinson, president and CEO, American Health Care Association (AHCA) and National Center for Assisted Living (NCAL), and Andy Slavitt, senior advisor for The Bipartisan Policy Center and former Acting Administrator of the Centers for Medicare & Medicaid Services (CMS). Both leaders were frank and forthcoming regarding the impact of COVID-19 on seniors housing and care. Despite coming from the often opposing viewpoints of industry leader and policymaker, the discussion demonstrated that, for seniors housing and care, the pandemic promises to teach industry leaders a great deal – and has created opportunities to work with government to craft a bright future, while delivering better outcomes for America’s frail elders.

O’Brien’s first question was for reactions to the news which had just broken, that President Trump and the first lady had tested positive for COVID-19. Parkinson took the opportunity to express his hope that, “As bad as the news is, maybe it will be a wakeup call some people needed, that you’ve got to take this stuff seriously. You have got to wear a mask because anybody, under any circumstance, can get this virus.” 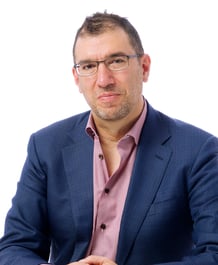 Slavitt pointed out that, in addition to the President, “43,000 other people were diagnosed with COVID yesterday.” He agreed that while we shouldn’t be politicizing the President’s health, the country might learn two lessons from the news, “One is, a thin piece of cloth would have prevented this from happening…the second lesson is simple consideration. Trump and his staff and his family entered a room, sat around Chris Wallace, were feet away from Joe Biden. None of us know whether we have COVID-19 or not…that’s why we wear masks.” He hoped that, like (UK Prime Minister) Boris Johnson, who fell seriously ill with the virus, Trump would take this more seriously, wear a mask, and encourage others to do so.

Asked whether the seniors housing and care industry is prepared for a second wave, Parkinson was optimistic. “We are. We were completely unprepared for the first wave.” He explained that the virus’ ability to spread via asymptomatic carriers wasn’t understood at first. That, and the lack of masks and appropriate PPE, “really caused it to spread like wildfire in nursing homes and assisted living facilities across the country…the other thing we needed was testing, and we didn’t have that either.” He pointed to “horrendous policy mistakes made at multiple levels, that created the challenges we had.” 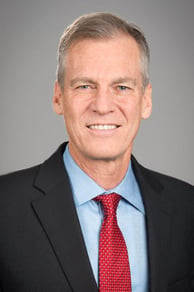 Parkinson continued, “For phase two we’re in better shape. The policymakers have not done great, but the scientists have. The testing we now have…as well as a little better position on PPE, I think we’re in a much better position. Clinically, we also know a heck of a lot more about how to take care of people, so the mortality rate is down.” Nevertheless, he echoed Slavitt’s frustration with America’s failure to enact simple preventive measures. He said, “We don’t have to have a second wave. What’s so damned frustrating about this is that if everyone would just wear a mask, just that simple, considerate thing, if we would just make a decision as a country that everywhere we go we wear a mask and socially distance, we wouldn’t eliminate this in two weeks – but we would grind it to very low numbers.”

Slavitt raised community spread as another key factor impacting nursing homes. He said, “It is very, very difficult, once there is community spread, to prevent that spread from getting into the nooks and crannies where everybody lives.” While agreeing that the industry today is better prepared to protect frail elders, he appealed to everyone, politics aside, to be considerate of others and help to contain the spread of the virus.

The discussion turned to the state of the industry, which has seen a fall in occupancy rates and a simultaneous rise in costs associated with fighting the pandemic. Parkinson said that, “My overriding message to the folks who are watching this, who are primarily investors in long term care, is that we’re going to get through this, and this is going to continue to be a good space to invest in and that’s not just hollow cheerleading. I believe there’s good data and good reason to believe that.” He went on, however, to outline how the pandemic has caused a “clinical nightmare and a business disaster.”

Parkinson offered a litany of dismal facts, including over 50,000 deaths in nursing homes, and tens of thousands in assisted living facilities. He pointed to census data that dropped from 85% to 75% in just a “month or two,” and half that in assisted living. He pointed to major increases in expenses, as operators scrambled to acquire PPE, often at “ten times the normal rate” on the black market, while paying ‘hero pay’ to staff and incurring other related expenses.

Asked how he can be optimistic in the wake of such grim realities, Parkinson said, “The good news is the government recognizes that we are an essential service, and thank god for the CARES Act funds, that have now provided nursing homes a combined, probably, almost 20 billion dollars.” He also pointed to long-term demographic advantages, saying, “people need our services. We have a growing demographic, really exploding in the age group that we take care of, and as reluctant as people will be for a while to move into our buildings, which I completely understand, people don’t move into our buildings because they want to, they move into our buildings because they have to. They just can’t be taken care of safely at home anymore. It will be bumpy, and it will take some time, but the demographics are compelling. We will win the public’s confidence back, and I think this will be a good space to be in, eventually.”

The Opportunity to Improve

In agreement with Parkinson, Slavitt said, “industries through time emerge stronger from crises, often, if they do some self-examination, like Mark’s talking about, if they really, genuinely look at what they’re doing and say, ‘here are four or five things that can help us.’” He added, “This is an industry that everybody cares about, every Congress person, every senator, every presidential candidate needs this community to be successful. It’s not too big to fail, it’s too important to fail.” He said, “I love the fact that the industry is opening dialogue, that the industry is talking to the White House and HHS every day, that we’re figuring this out together.”

Parkinson warned industry decision makers not to miss this opportunity to improve. “The knee-jerk reaction for some might be, ‘Hey, let’s just get this behind us and try to move on with business as usual.’ That would be a huge mistake. You cannot ignore the fact that close to 100,000 people have died in long term care facilities. If we don’t use that as a moment of reflection, to not just look at what caused this, outside of our control, but look in the mirror and figure out those things that were within our control that could have slowed some of this down, and what could we do to be better in the future, then we’re missing an enormous opportunity.”

Both panelists agreed in other areas, as well. On the burden of regulations, Parkinson pointed out that skilled nursing is more heavily regulated than “virtually all other healthcare providers,” and stated the “amazing statistic” that “80% of the enforcement budget at CMS is spent on nursing facilities.” He suggested that CMS focus regulations on “things that really matter,” such as infection control, person-centered planning and activities, and other areas where nursing homes can improve care for their residents.

“Mark’s right. You can’t regulate culture,” Slavitt responded, then advocated for “what works best,” which he described as an industry that recognizes what it needs to improve and asks for investment from the taxpayer to get there, as well as the accompanying regulations, which, “would make everybody comfortable, and provide assurances.” He added, “If the industry is able to move itself to that point, I think the industry will find a very ready and willing partner in the government, no matter which government…”

On workforce issues, Parkinson said, “We don’t pay our healthcare workers enough, particularly the frontline workers in long term care.” He asked the question, “What do we do to make sure that we not only have enough people to work in our facilities, but that they can do so and take care of their own lives?” He linked the answer to the need for funding, as well as immigration reform. In response, Slavitt again offered some agreement, saying, “Right now, people who spend their day caring for the rest of us, if they somehow don’t have enough money to make ends meet, that is a litmus test that we should address…there’s plenty of resources in this country to do that.”

On immigration, Parkinson advocated for resolving the “dreamer problem,” as well as reviving programs that bring nurses in from foreign countries. “The challenge that economies will face in the 21st century, is where they will get the workers that are needed. The demographics of a declining workforce are very bad across all of the developed world.”

Another issue that both experts addressed was Medicare and Medicaid. On Medicare, Parkinson acknowledged that the new payment plan, PDPM, initiated under Slavitt’s administration and recently put in place, is working well. He views Medicaid, on the other hand, as a politicized program that is now underfunding care in many states. “We’re going to have to figure out what our priorities are. Instead of just talking about these workers, these heroes, and the greatest generation, are we really willing to put some resources behind that, to give them the kind of care, and the kind of jobs, that they deserve.”

Slavitt responded, “In some point of time, whether it’s before or after the election, we’re going to have to do that [fund Medicaid], or many people who are on Medicaid today are going to face challenges, and payments are going to get even lower.” He pointed to a recent actuarial report that indicated, “Over the last year, Medicare lost two years of the life of its trust fund, and is now projected to turn insolvent in 2024.” What worries him, he said, is that during the next presidential term, the program will become underfunded. He explained that the next President may be in a position either to fund the program or cut benefits and payments under the program.