1. Occupancy decreased from first quarter, up from year-earlier levels. 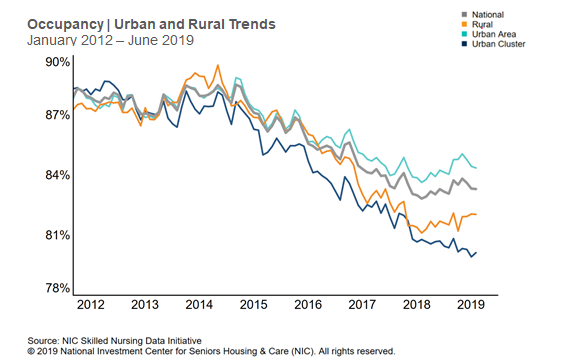 To get more trends from the latest data you can download the NIC Skilled Nursing Data Report here. There is no charge for this report.