Private Buyers in 2019 Record Over $7 Billion in Transactions

There was no shortage of activity in the U.S. seniors housing and care transactions market in 2019. The story of abundant liquidity continued throughout the year with the number of closed transactions reaching a time-series high going back to 2008. Indeed, there was no sign of reduced interest from investors and the transaction market continued to show significant activity once again which, barring any economic or capital market shocks, is most likely to continue into 2020.

Not many significant-sized transactions, for example over $500 million, were tallied. But many transactions closed for smaller portfolios and single properties within the private buyer category, which can include owner/operators, family offices, and other private partnerships whose primary focus is operating, developing, and/or investing in real estate. 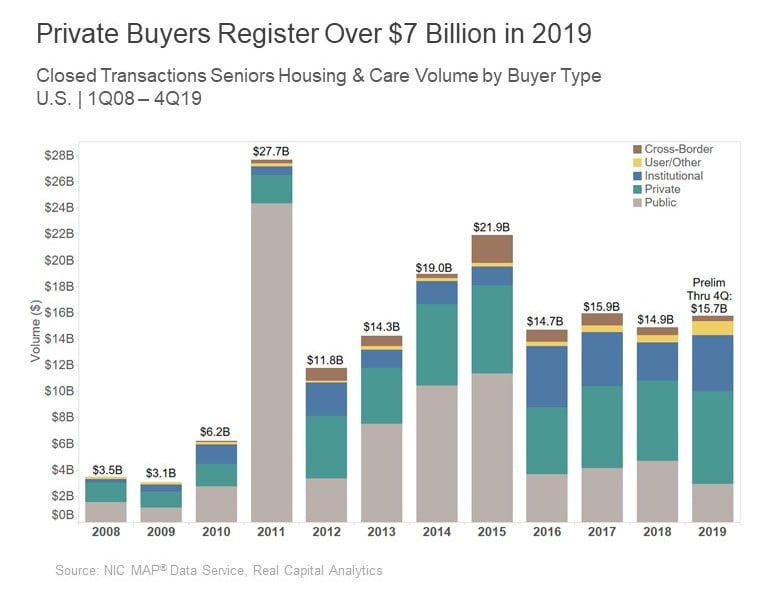 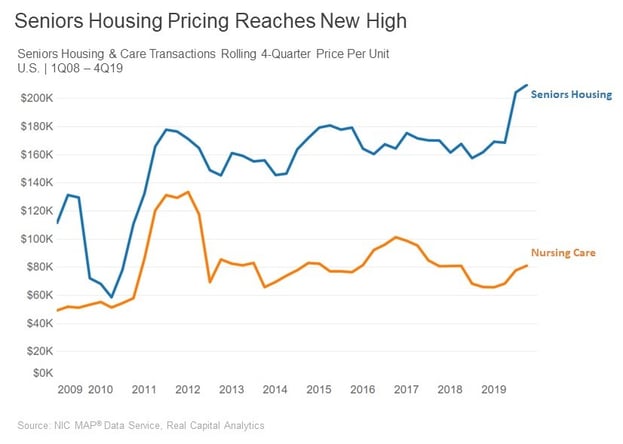 In summary, pricing in both seniors housing and nursing care have seen a very positive upswing in 2019, based arguably on the stabilization of fundamentals for both, especially on the occupancy front. Labor continues to be a challenge for both, but absent a significant shock in 2020, for example a significant increase in interest rates or an economic downturn, we expect the fundamentals to continue to stabilize which should bode well for pricing. Of course, capital availability is a key driver as well, though that seems plentiful for now.