NIC MAP Vision clients with access to NIC MAP® Data attended a webinar in mid-April on key seniors housing data trends during the first quarter of 2021. Findings reflected the impact of COVID-19 across the seniors housing and care sector and were presented by NIC’s research team. Key takeaways included the following:

Takeaway #1: Seniors Housing Occupancy Fell Further in 1Q 2021 as the Pandemic Continued to Take a Toll

Takeaway #2: A Small Share of Properties Have 95% or Higher Occupancy

Takeaway #3: Assisted Living Occupancy Decline is Due to Both Pandemic-Related Drop in Demand as Well as New Supply 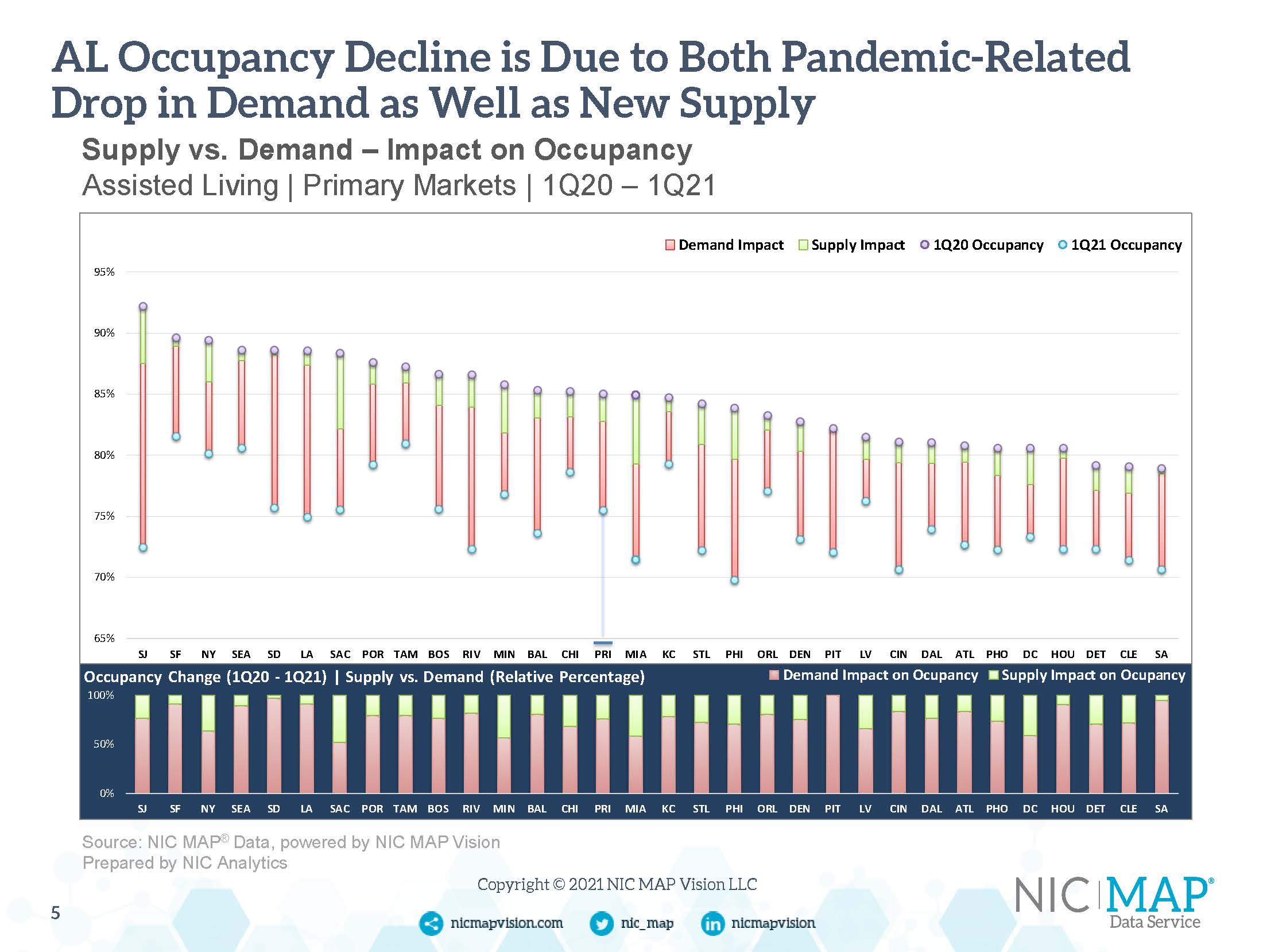 Takeaway #4: Construction Starts Slowed in 1Q 2021 for Both AL and IL

While the full key takeaways presentation is only available to NIC MAP Vision clients with access to NIC MAP data, you can download the abridged version of the 1Q21 Data Release Webinar & Discussion featuring my exclusive commentary below.