NIC MAP Vision clients, with access to NIC MAP® data, attended a webinar in mid-January on key seniors housing data trends during the fourth quarter of 2021. Findings were presented by the NIC Analytics research team. Key takeaways included the following:

Takeaway #2: Record High Demand Occurred in Second Half of 2021 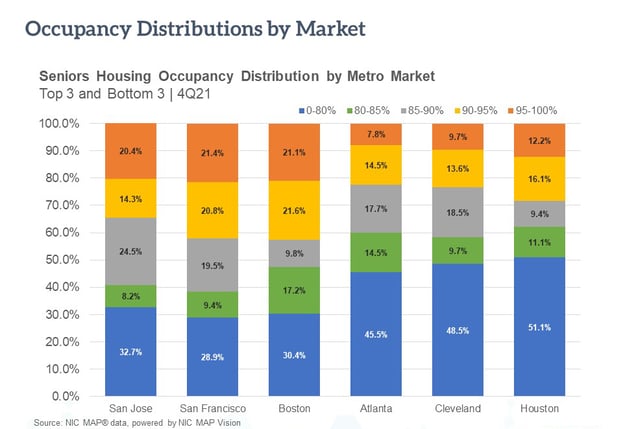