Why “Silver Tsunami” is an Ageist Term 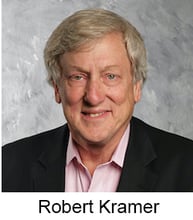 No one ever thinks of anything good coming from a Tsunami. A Tsunami is an unmitigated disaster of unparalleled proportions, that causes mass destruction in its wake. The phrase, “Silver Tsunami,” even as it’s used within the aging field, furthers an old and outdated view of aging; it also undercuts society’s ability to see the opportunities that arise from the incredible achievement of lengthening the average American lifespan by over 30 years just in the past century. This outmoded view of aging is bad for our economy, an enormous loss for our workforce, an even greater loss for our social fabric, and is bad for the health of our elders. Rather than thinking about a catastrophic “Silver Tsunami” we need to be thinking about the potential benefits of a “Silver Stimulus.”

If you live to 65 today you have a better than 50% chance of living past 85. In other words, millions of “retirement age” Americans have over a third of their adult lives still ahead of them. The greatest barrier to that last third being productive, and of older Americans continuing to contribute to society, is not age at all, but outdated views of aging that no longer fit our new realities. Too often, once an individual turns 65, society views them as past their prime, and no longer of value, and hence “retired” because they no longer have anything to contribute. We need to encourage our elders to “re-fire” their passions, interests, and societal engagement rather than force them to retire because we view them as useless.

According to a 2015 U.S. Bureau of Labor Statistics report, by 2024, 25% of the U.S. labor force will be over the age of 50 in a trend that has been on the rise since the mid-1990’s. This cohort also accounts for a major part of our economy. European Commission studies find that the economic contributions of over-50 workers, termed the “silver economy,” is today the world’s third largest economy, behind only the U.S. and China. A joint report from Oxford Economics and AARP found that in 2015 Americans over 50 accounted for $7.6 trillion in direct consumer spending and controlled more than 80% of household wealth. Countless studies have shown that increasingly older workers are not only gaining satisfaction and purpose with extended working years but are having a significant positive impact on the world’s economies. The idea that one should retire at 65, and cease to contribute, is an unsupported prejudice; an outdated view that hasn’t been true for decades.

As we see rapidly declining birth rates, workforce shortages, a shrinking pool of available family caregivers, and a host of social issues that are threatening the very fabric of our society, we must shed the outmoded “Silver Tsunami” attitude that views an aging America as a destructive force. Because today’s 65-year-old is healthier and far more productive than his or her counterpart a few generations back and is likely to want to stay connected to society, we have to change the way we view the coming wave of aging baby boomers. We have to switch our thinking about aging in America from a deficit model, which sees aging almost as a disease, to be avoided at all costs, to a benefit model, that sees the aging of society as an opportunity.

Look for a more in-depth article on the “Silver Stimulus” in next month’s NIC Insider.

Bob Kramer is Co-founder, former CEO, and now Strategic Advisor at the National Investment Center for Seniors Housing & Care (NIC). He is also the Founder and Fellow of Nexus Insights, a think tank advancing the well-being of older adults through innovative models of housing, community, and healthcare. He is broadly recognized as one of senior living’s most influential and high profile thought leaders and connectors. With over 35 years of industry leadership, he has earned the reputation of “agent provocateur” in the seniors housing and care industry. Mr. Kramer has been described as an “ice-cutter” and scout in identifying industries and trends that will disrupt the future of seniors housing, aging services and aging more broadly. In 1991, Mr. Kramer co-founded NIC to advance access and choice in seniors housing and care by attracting capital to grow the sector. Under his leadership, NIC became the go-to resource for data and analytics for the rapidly expanding seniors housing and care industry and an acknowledged thought leader for new ideas and trends impacting the provision of housing, services and care for older adults. He stepped out of the CEO role in 2017 and continues to serve NIC in the role of Strategic Advisor. Mr. Kramer was educated at Harvard and Oxford Universities and holds a Master of Divinity degree from Westminster Theological Seminary.