“The increase in occupancy, along with increasing managed Medicare patient day mix, suggests higher demand from managed Medicare beneficiaries for skilled nursing care in the month of February”

Skilled nursing property occupancy increased 94 basis points in the month of February, ending the month at 76.7%. This was the highest occupancy level since April 2020, at which time occupancy began to fall rapidly due to the onset of the pandemic. Occupancy continues to recover since the pandemic low of 71.9% set in January 2021 but has encountered challenges given the Delta and Omicron variants. In addition, staffing shortages have created significant difficulties within skilled nursing properties limiting the ability to admit new residents. However, the current occupancy trend does suggest that the demand for skilled nursing properties is recovering, given the 94-basis point increase from January to February. Occupancy has increased 439 basis points from one year ago and 480 basis points from its pandemic low. 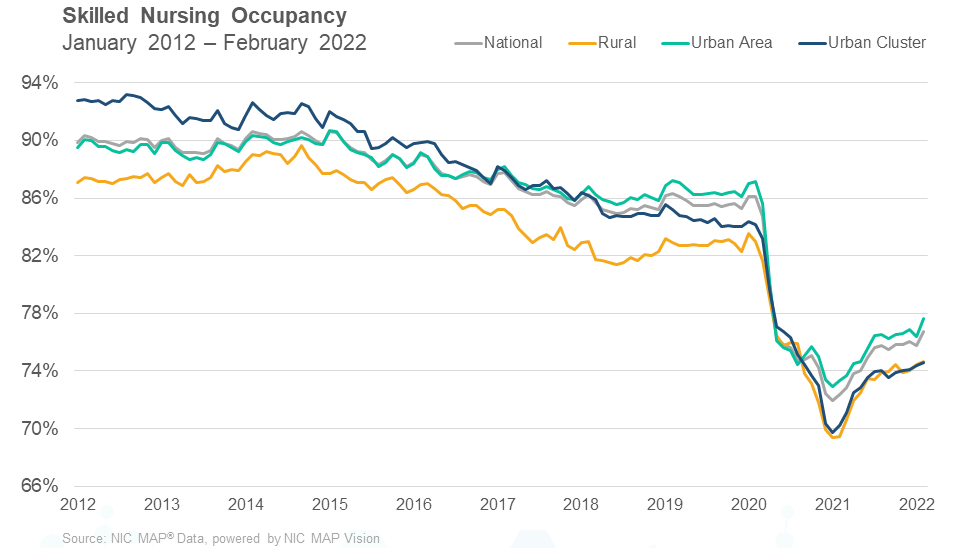 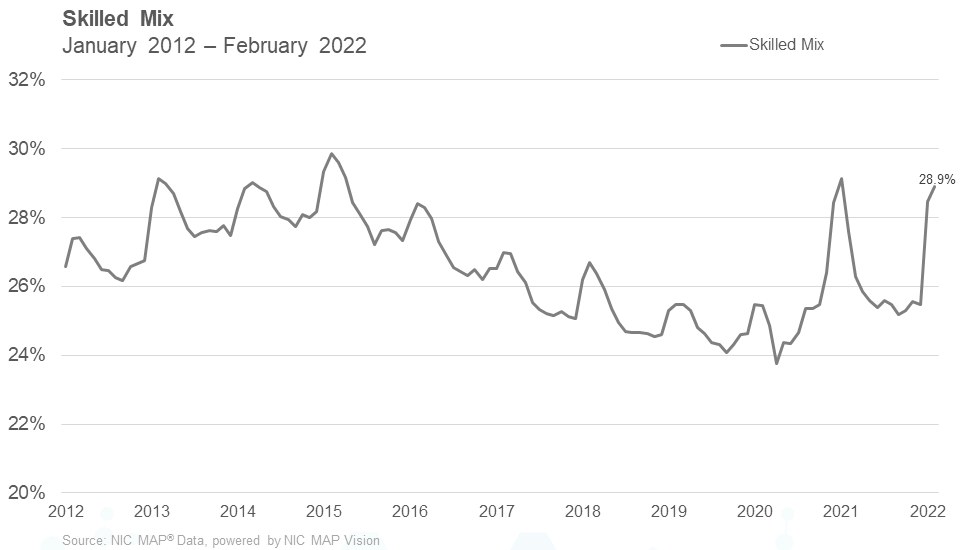 Get more trends from the latest data by downloading the Skilled Nursing Monthly Report. There is no charge for this report.

The report provides aggregate data at the national level from a sampling of skilled nursing operators with multiple properties in the United States. NIC continues to grow its database of participating operators to provide data at localized levels in the future. Operators who are interested in participating can complete a participation form on our website. NIC maintains strict confidentiality of all data it receives.