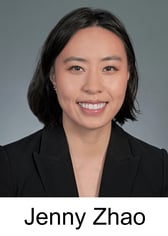 The seniors housing resident profile has changed since the industry’s early days in the 1990s. Seniors are generally choosing to enter a community later in life as better medical care and quality of life continues to increase life expectancy. Americans are staying healthier for longer, so it’s not surprising that the industry has observed a gradual increase in a resident’s average age as many are now choosing to enter seniors housing well into their 80s. According to a 2013 study conducted by American Seniors Housing Association and ProMatura Group of 6,858 IL rental customers, only 6% of IL rental customers were under the age of 75.

Why does it matter that residents are moving in later? Simply put, the Baby Boomers. Baby Boomers are one of the largest demographic cohorts (74 million in the U.S.) and have begun to reach the age of 65 and older. As shown in Figure 1, the growth in Americans aged 75 and older will accelerate over the next 15 years and comprise 15% of the overall population by 2029 (up from 11% in 2019) as the Baby Boomers age. This unprecedented wave of future demand will have lasting ramifications on the seniors housing and care industry. That said, determining when this will occur has become a moving target as Baby Boomers are waiting longer than prior generations to consider seniors housing options. 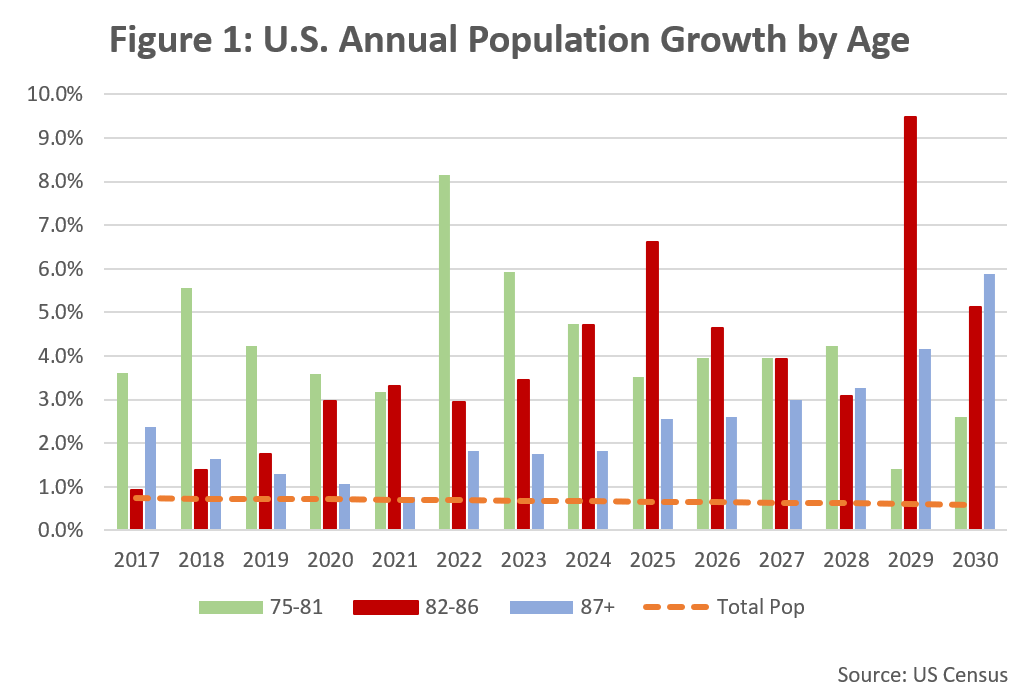 The Baby Boomers are very different than their Silent Generation parents. First, the Baby Boomers will have a much longer retirement. The first of the Baby Boomer generation was eligible to retire in 2012 and will likely enjoy 25 post-work years. The oldest Baby Boomer is turning 73 years old this year and remains largely independent and active. They are potentially a decade away from requiring any assistance with daily activities that seniors housing provides. Second, Baby Boomers grew up in a period of economic expansion and social progress, and as a group, they are more educated, wealthier, and more physically fit than past generations. Boomers want what they want and many will have the financial means to maintain their desired lifestyle. Their health is a priority – both physical and mental – and Boomers are committed to staying active. They desire a community where they can make new friends and be social. They value convenience and want easy access to healthcare, shopping, dining, cultural events, and more.

While seniors housing is already prepared to offer tailored services to a new Baby Boomer resident, we may need to patiently wait a little bit longer. 80 is a new 65, which has created a void between Americans who are turning 55 years old and Americans who require independent living services where there are not many choices available. This has resulted in some industry players getting creative because while Baby Boomers may not have any need-based care demands at the moment, they certainly have many want-based demands that remain underserved. The most traditional alternative remains home health, although the sophistication of the business has increased tenfold since its inception. More recently, the biggest disruptor that has come onto the scene is active adult. The biggest players in the space so far are making big bets on what they think the Baby Boomer consumer is looking for and have been first movers in trying to tap into this deep market.

While it’s still too early to tell if active adult housing will successfully grab a sizeable piece of the Baby Boomer market, this definitely won’t be the last option we will see. We should expect more disruptor options to emerge as business entrepreneurs try to grab a piece of the Baby Boomer residential market. We are already starting to see this. While the first active adult investors were multifamily developers, some seniors housing veterans have also since entered the space. While it remains to be seen what format of housing and amenities Baby Boomers ultimately will want, they will need access to healthcare, which the seniors housing and care industry has expertise in providing. Our industry has remained nimble as we’ve adapted to our evolving resident, and we will continue to be at the forefront as we figure out how best to serve our aging Boomer.