The following narrative shines a spotlight on Memory Care occupancy trends in the combined primary and secondary markets, which represent the aggregate of the data collected from 99 of the largest core-based statistical areas (CBSAs).

All the data reviewed herein was downloaded directly from the “Trends” tool on the NIC MAP® client portal, selected by “Community Type,” which is a new categorization whereby each community is classified by its plurality care segment (IL, AL, MC, or CCRC/LPC). The “Memory Care” selection by “Community Type” provides data that are mutually exclusive, allowing the analyst a quick and easy method for viewing Memory Care separately and apart from other community types that NIC reports.

Memory Care occupancy reported an upward trend due to strong net absorption over the prior two quarters, following six quarters of decline.

A review of the current third quarter 2017 data for the combined primary and secondary metropolitan markets tracked by NIC MAP® shows that Memory Care recently experienced an increase in occupancy, somewhat reversing a steep downward trend that began in the fourth quarter of 2015.

The recent rise in occupancy may be attributed to two consecutive quarters of strong net absorption coupled with slowing inventory growth over the previous three quarters. It is important to note that seasonality may also be a factor in the increase, as the data follows a pattern of absorption increases reported in the third and fourth quarters.

Stabilized occupancy (depicted by the yellow line and defined as properties having reached 95% occupancy or open at least two years), declined as inventory growth increased, suggesting that recent development has played a part in eroding occupancy in stabilized properties.

The following sections provide additional detail in the data by different slices.

Occupancy differences between the primary and secondary markets are near cyclical high rates.

As of the third quarter of 2017, Memory Care occupancy was 83.9% for the primary markets and 81.5% for the secondary markets.

Memory Care occupancy in the primary and secondary markets has been tracking relatively closely since the first quarter of 2013, when the rates converged for three consecutive quarters.

More recently, the difference in occupancy rates has fluctuated by two to three percentage points. 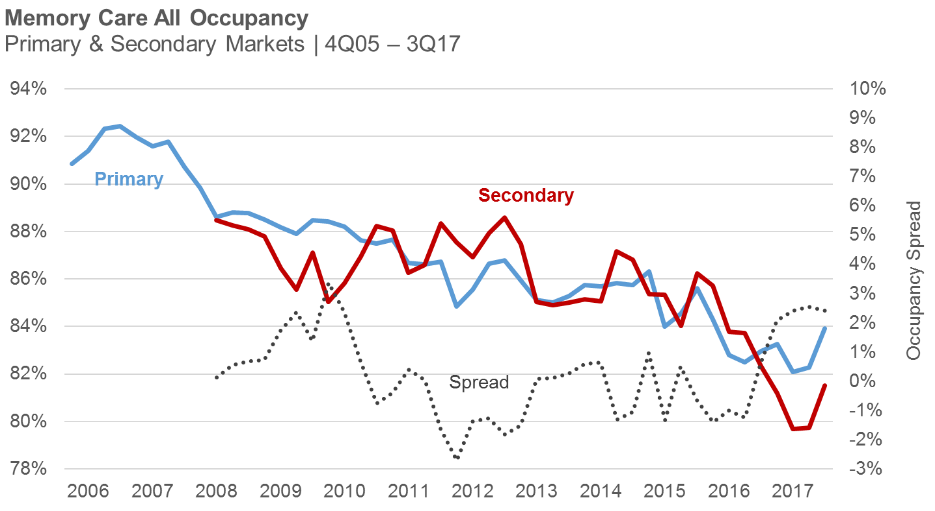 The occupancy spread for not-for-profit and for-profit memory care communities in the combined primary and secondary markets has been growing since the second half of 2009. The greatest divergence in occupancy rates was reached in the second quarter of 2016 (11.4%). Since then, the differences have moderated to levels reached in 2015, prior to the fourth quarter 2015 spike in inventory growth.

Memory Care inventory growth has shown recent signs of slowing, and for-profit absorption is increasing while not-for-profits saw a steep decline in absorption over the prior four quarters. 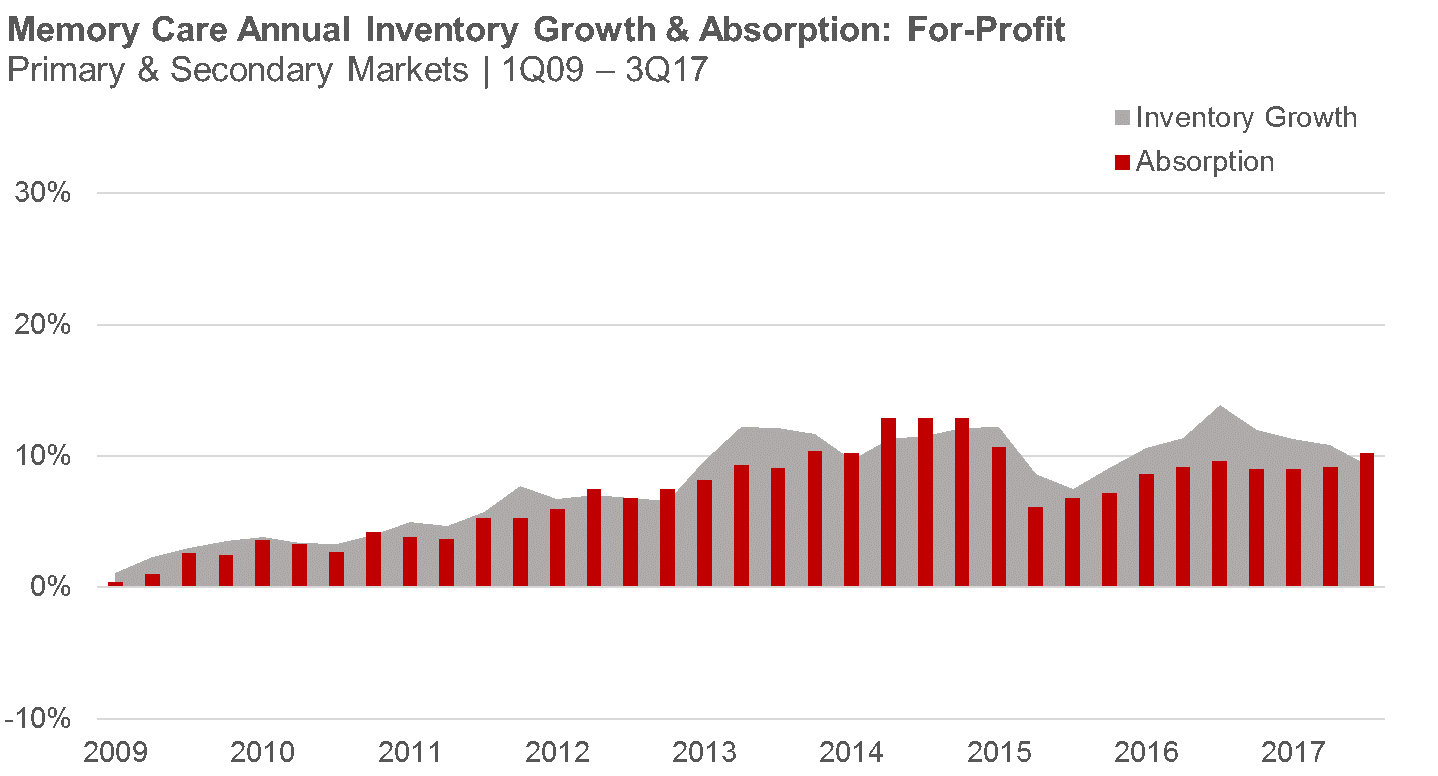