The Labor Department reported that there were 75,000 jobs added in May, well below the downwardly revised gain of 244,000 in April and below the consensus expectation of 180,000. The deceleration in growth may reflect the effects of slowing global growth and the waning effects of the tax cuts and government spending. Nevertheless, this marked the 104th consecutive month of job growth.  The latest three-month average is 151,000, less than last year’s 223,000 monthly average. 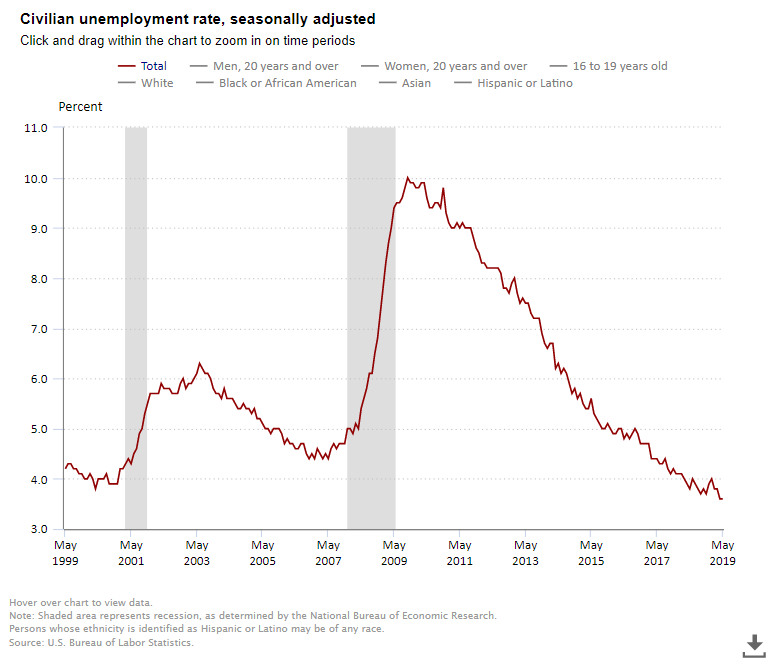 Revisions subtracted 75,000 to the prior two months.  Monthly revisions result from additional reports received from businesses and government agencies since the last published estimates and from the recalculation of seasonal factors.

The unemployment rate was unchanged at to 3.6% in May.  This is the lowest rate in 50 years or since 1969.  A broader measure of unemployment, which includes those who are working part time but would prefer full-time jobs and those that they have given up searching—the U-6 unemployment rate—fell to 7.1% from 7.3%. 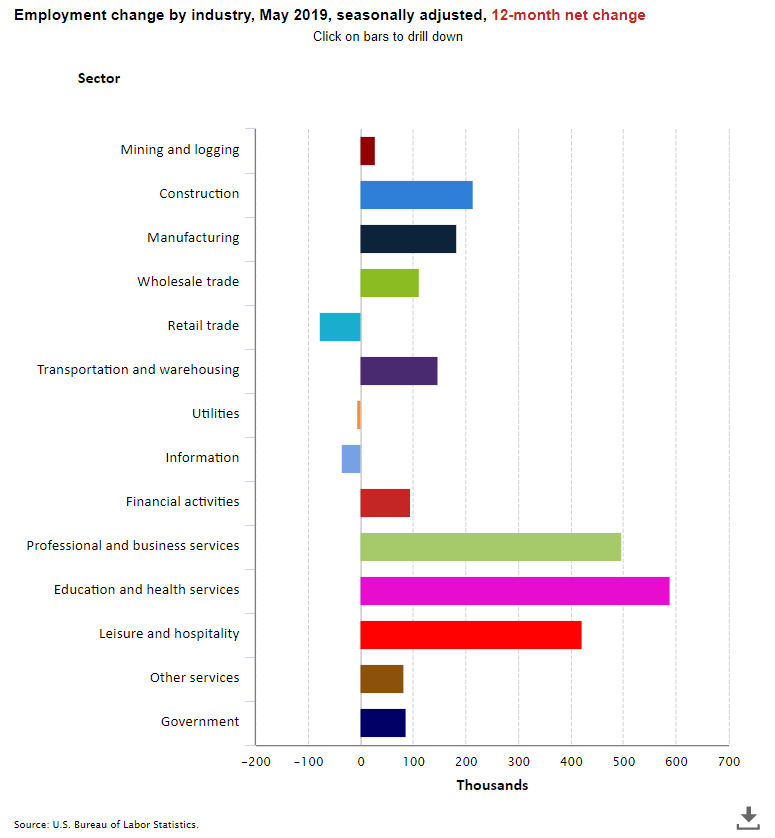 The labor force participation rate, which is a measure of the share of working age people who are employed or looking for work was unchanged at 62.8% in May, very low but up from its cyclical low of 62.3% in 2015.  The low rate at least partially reflecting the effects of an aging population.

This report, in combination with other recent data on economic activity, will support speculation that the Fed’s next move may be to lower interest rates.  In recent weeks, the Fed’s has indicated that it is paying close attention to the risks of an economic slowdown.