Updated transactions dollar volume for 2017 shows an increase from 2016 as the institutional buyer, comprised of mostly equity funds that manage pension money or other types of institutional money, played a major role in higher volume.

Some relatively large deals to note from the institutional buyer in 2017 were: 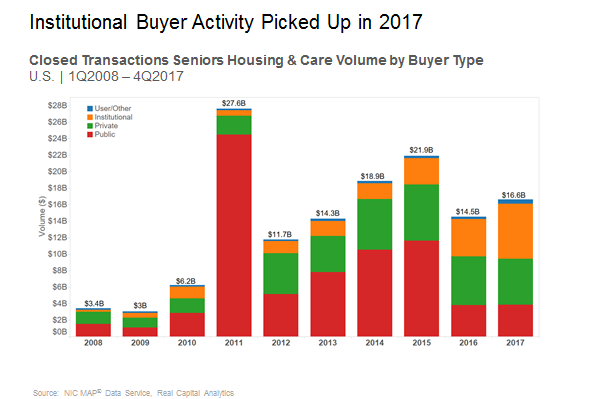 The storyline for seniors housing and nursing care pricing has started to diverge over the past year.

It looks like the nursing care price per bed drop has stabilized somewhat this past quarter, but we will see how it holds up over the next few quarters.

Stay tuned for the next transactions blog after the first quarter 2018 data is released.