The Labor Department reported that there were 103,000 jobs created in the U.S. economy in March, below the consensus expectation of 185,000.  This followed an upwardly revised and very large gain in February of 326,000 and marked the 90th consecutive month of positive job gains for the U.S. economy.  Over the past year, nonfarm payrolls are up 1.5%.  Through the first three months of the year, job gains have averaged 202,000, stronger than the monthly pace of 182,000 in 2017.  Revisions subtracted 50,000 jobs to the prior two months.

The unemployment rate remained unchanged for the sixth consecutive month at a 17-year low of 4.1% in March. This is below the rate of what the Federal Reserve believes is the “natural rate of unemployment” and suggests that there will be upward pressure on wage rates. 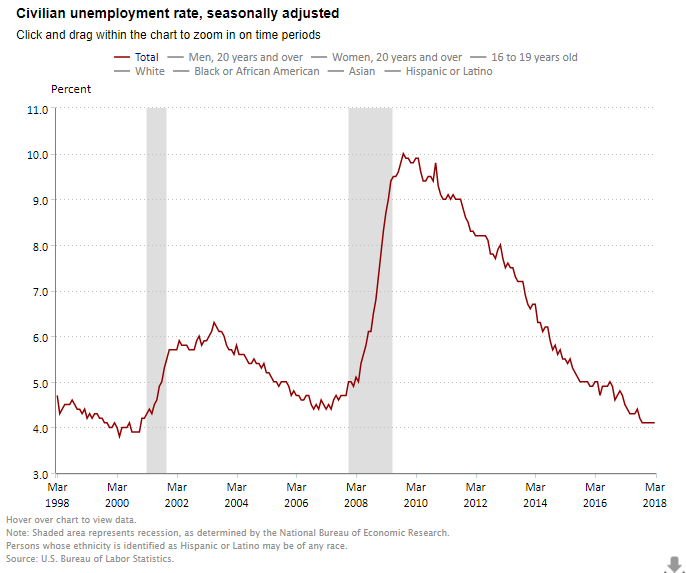 The number of long-term unemployed (those jobless for 27 weeks or more) was little changed at 1.3 million and accounted for 20.3% of the unemployed.  A broader measure of unemployment, which includes those who are working part time but would prefer full-time jobs and those that they have given up searching—the U-6 unemployment rate—fell to 8.0% from 8.2% and was down from 9.2% as recently as December 2016.

The labor force participation rate, which is a measure of the share of working age people who are employed or looking for work fell by 0.1 percentage point to 62.9%, but was up from 62.4% in 2015.  Nevertheless, this remains quite low by historic standards, at least partially reflecting the effects of retiring baby boomers. The employment to population ration held steady at 60.4%. 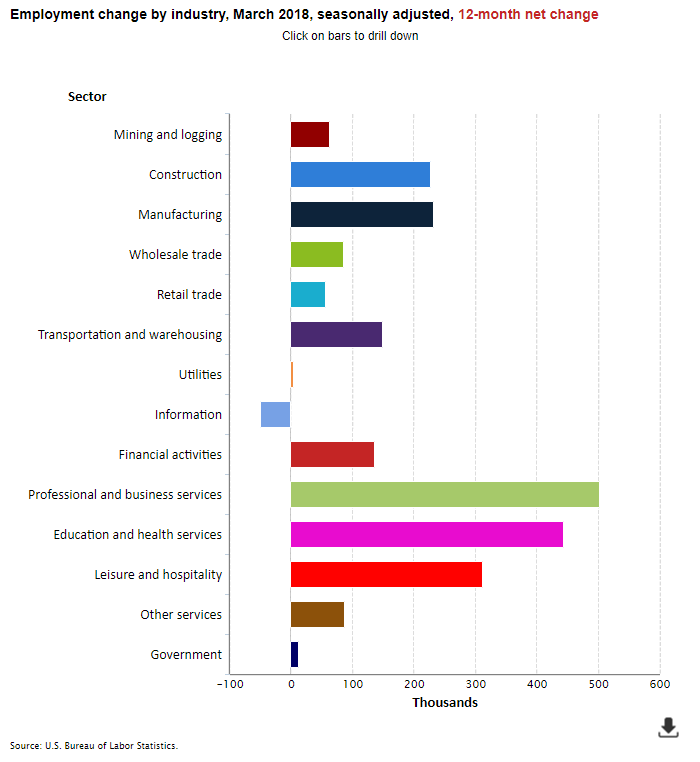 The March jobs report will provide further support for increases in interest rates through 2018 by the Federal Reserve. Already, the Fed increased the fed funds rate 25 basis points at its March 20/21st FOMC meeting.  The Fed has raised rates by a quarter percentage point six times since late 2015, and most recently to a range between 1.50% and 1.75%, after keeping them near zero for seven years.