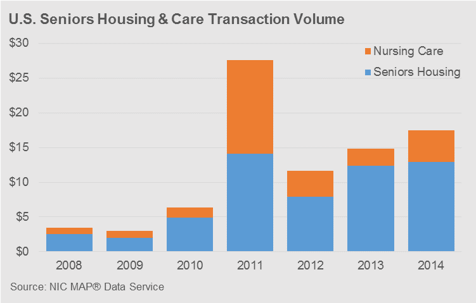 Sales volume during 2014 was second only to 2011’s staggering total of $27.6b, which was dominated by a handful of multi-billion dollar REIT transactions. In terms of the number of deals, 2014 was the most active year on record, with more than 500 deals closing. 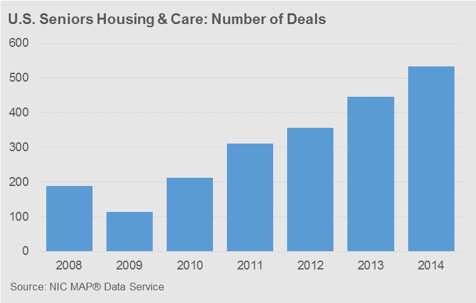 The market continued to be dominated by the publicly-traded companies, with their volume totaling nearly $10bn last year. Private companies also remained very active, with their acquisitions at more than $5bn during 2014. Institutional investors continued to be the smallest investor type, but their investment activity has been consistently growing during the last few years. In 2014, institutional players acquired $1.8bn in seniors housing and care real estate, up 13% from last year.