Obsolescence Risk Looming for Properties of the Last Building Boom?

Construction and supply continue to remain hot topics in seniors housing, especially in assisted living, where construction exceeded 6% of existing inventory during the second quarter of 2015. The risk for older properties is in the potential loss of market share, which could be siphoned by new competitors.

New properties generally have a competitive advantage to older properties, especially ones that haven’t adequately invested in capital expenditure (capex). The majority of assisted living properties were built in the late 1990s/early 2000s and are now more than 15 years old. Many have not yet undergone substantial renovations or were designed for residents of lower acuity levels. 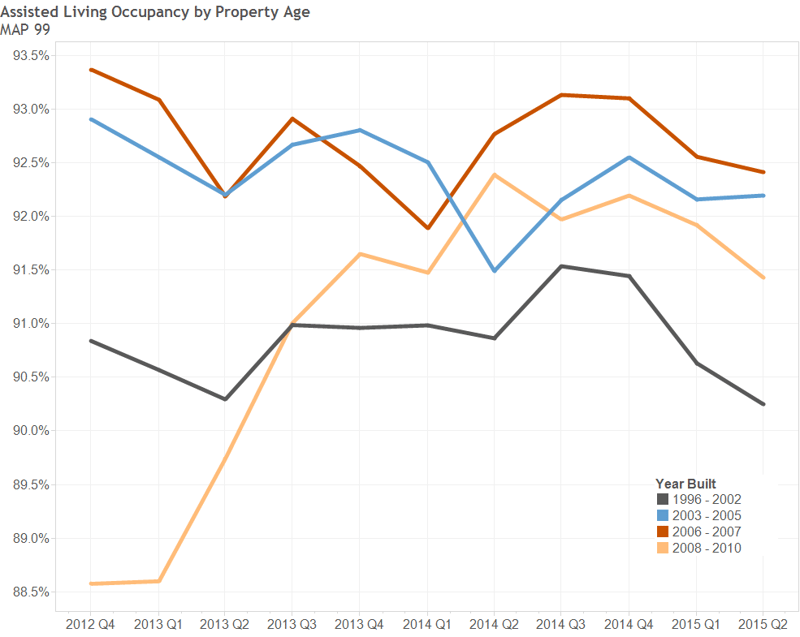 Assisted living properties developed in the late 1990s/early 2000s have occupancy rates 120 to 220 basis points lower than properties of more recent vintages. As more new properties come into the market, the question of obsolescence risk is key. Can those older properties compete with newer builds? Are we already seeing the properties of the last boom falling out of favor?