The Latest in Seniors Housing Supply and Demand: Trends and Headwinds

If talk about growth in the supply of seniors housing properties has raised more questions than answers, then this summary is for you.

Industry experts drilled down at the NIC 2015 Capital and Business Strategies Forum to explain everything from which seniors housing property types are seeing the strongest demand to which are facing headwinds from new supply. Whether you are an Assisted Living (AL) or Independent Living (IL) operator, clarification where the opportunities and challenges are when it comes to new development is always helpful.

The two-part session focused on key market indicators to (i) help operators evaluate market opportunities, and (ii) predict the 2015 seniors housing market given its current state.

In the first part, Chris McGraw, Senior Analyst at NIC provided a data-driven analysis on the national seniors housing market, as well as certain MSA, and PMA markets, concluding that, despite supply risks in some markets, seniors housing remains a local market business, and strong market fundamentals from 2014 are expected to carry over into 2015 with occupancy expected to return to 2007 levels.

During the first quarter of 2015, seniors housing occupancy was 90.2 percent. Occupancy is expected to reach 90.7 percent during the next four quarters. However, some markets will experience significant headwinds from new supply. Operators in those markets will likely faced increased competition and potentially could lose market share to new properties that are set to open this year. Particularly vulnerable are properties with deferred capital expenditures or modernization at their facilities, which may make it difficult to compete with state of the art properties opening down the street. Consumers tend to be drawn to the shiny penny. 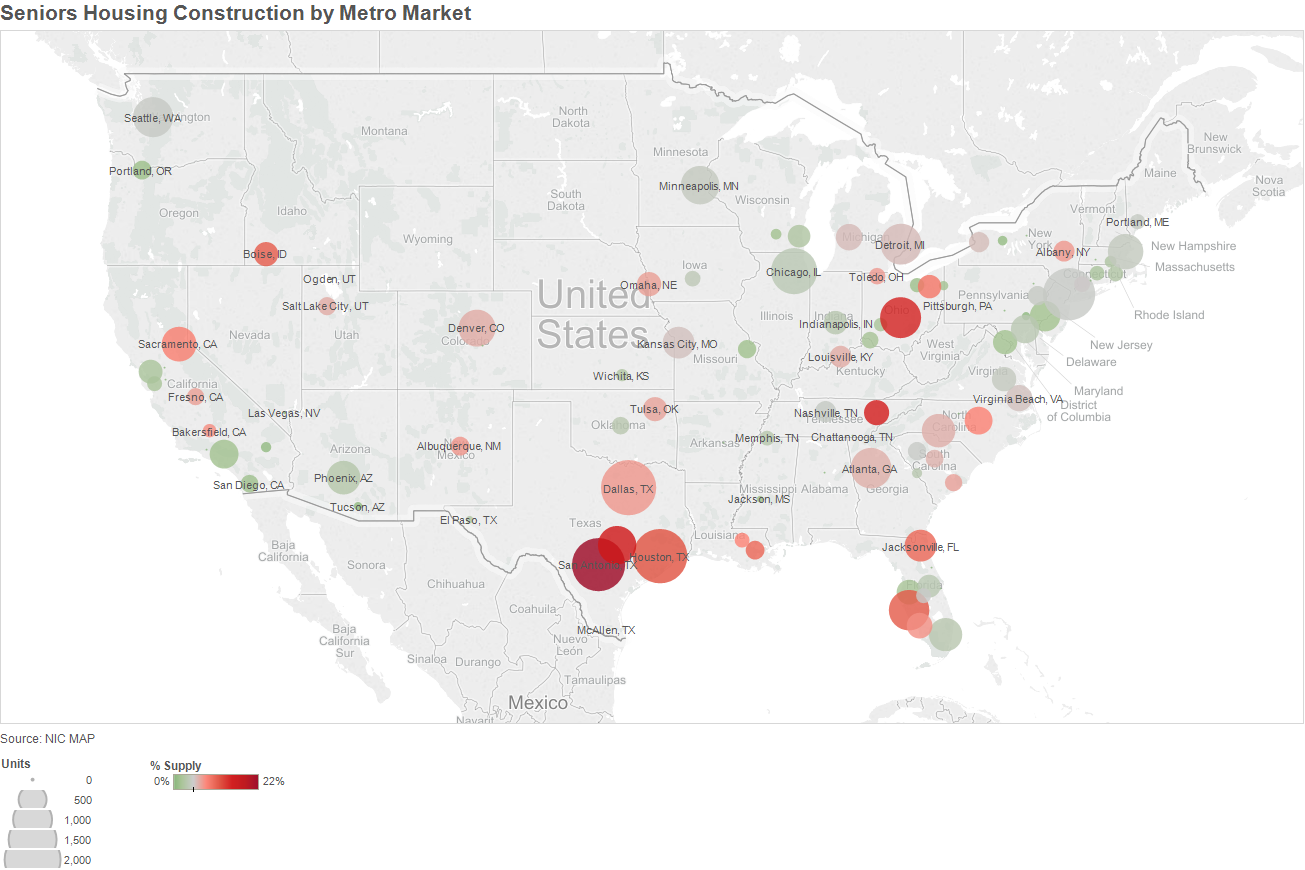 In the second part, Larry Rouvelas, Principal, Senior Housing Analytics provided a side by side comparison of two seniors housing developments, in order to illustrate the importance of conducting a feasibility study and understanding a market prior to developing a community within that market.

A market with solid fundamentals was shown to be able to absorb a new property entering the market without decreasing occupancy – existing properties did not experience a drop in the census or market share even though there was a new competitor in the market. However, even a strong market cannot usually absorb several new properties opening simultaneously without occupancy being affected. This means that either the lease-up for the new properties could be slower than expected and/or a loss in market share for the existing properties in the market – either way there is at least one loser in this scenario.