Evidence of a market peak continues to build, as both occupancy continues to meet resistance at its current level. While seniors housing occupancy during the third quarter rose 20 basis points to 89.9%, those gains are seemingly all seasonal in nature and likely not indicative of an underlying improvement. After running the same seasonal adjustment procedure the government uses to adjust data such as the unemployment rate, occupancy was essentially unchanged from the second quarter.

Focusing on seniors housing can distort what is really going on in the market. The trends between supply-demand fundamentals between property types have diverged significantly during the past few years and warrant being looked at individually. Independent living is not facing anywhere near the supply pressure that assisted living is experiences and has far smaller seasonal tendencies. Before rounding, stabilized independent living occupancy rose 14 basis points and even after accounting for seasonality, occupancy still rose 6 basis points – not a significant increase, but an increase nonetheless. 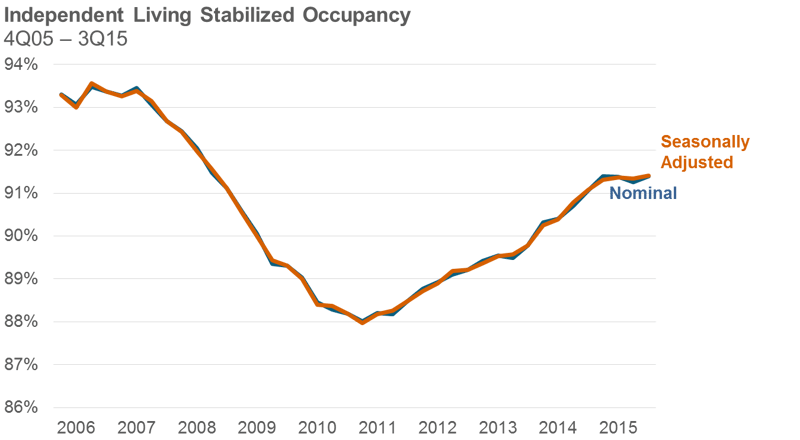 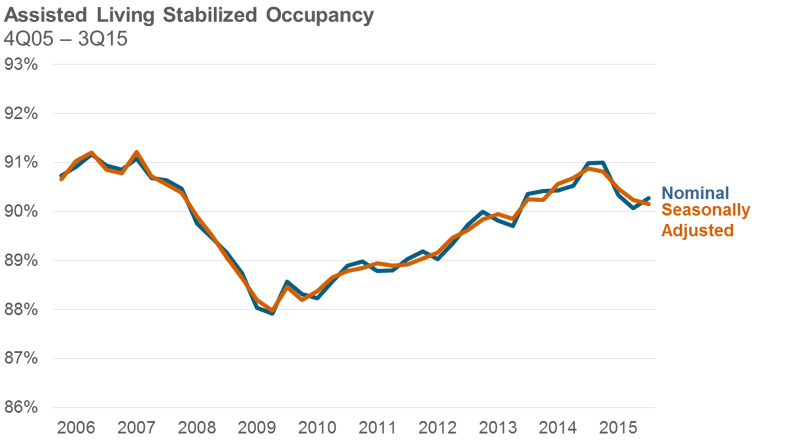 In addition to the pace of demand slowing, assisted living is also facing pressure from new supply. It’s no secret assisted living construction has been rising recently and the effects of that development will continue to place downward pressure on occupancy. As of the third quarter of 2015, annual inventory growth was 3.8%, but that should accelerate to 4.4% by the third quarter of 2016. With the annual pace of annual at 2.8%, demand will need to accelerate in order to absorb those new units and to maintain current occupancy rates.

Normally exclusive to NIC MAP clients, an abridged version of the 3Q15 Data Release presentation is available to download for an update and outlook on the seniors housing & care sector by our team of research experts. 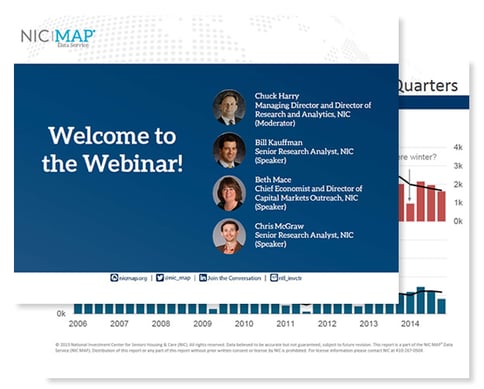