The Secondary Markets tracked by NIC MAP Vision have benefited in recent quarters from recovering strength in demand with limited new supply, driving occupancy closer to pre-pandemic levels for the Secondary Markets than that of the Primary Markets. New Orleans, LA (up 13.6%); Knoxville, TN (up 12.4%); and Baton Rouge, LA (up 12.2%), in particular, stand out as markets that have recovered the most following occupancy declines during the pandemic. All three markets were already experiencing negative absorption before the onset of the pandemic, and the health care crisis accelerated this trend. Absorption turned positive in these markets more recently, and the limited new supply arriving online drove occupancy to rebound.

Supply, Demand, and Occupancy Rate Patterns. The exhibit below illustrates the pattern of inventory growth, net absorption, and occupancy for the Secondary Markets in aggregate. The recovery in property market fundamentals for senior housing began in the second quarter of 2021 and has strengthened in recent quarters. In the most recent data available from the third quarter of 2022, net absorption was the second highest on record at 4,655 units. At the same time, inventory growth in these 68 metropolitan markets totaled in aggregate only 473 units, which was the weakest inventory growth in the time series of the data that goes back to 2008. As a result of these improving supply and demand fundamentals, the occupancy rate for the Secondary Markets was only 3.0 percentage points below its pre-pandemic level of 87.0%, better than the 5.0 percentage point spread for the Primary Markets.

In terms of demand, the number of occupied units for the Secondary Markets fell by 22,950 on a net basis from the first quarter of 2020 through the first quarter of 2021 as the health care crisis weighed on demand for seniors housing. Since the recovery in demand began, however, the number of occupied units has moved beyond its pre-pandemic level and stood at an all-time high of 308,554 units at the end of the third quarter, more than 1,100 units above the previous peak. This robust absorption of units speaks to the value proposition of seniors housing and its appeal to families that need the services and care provided by senior housing. More broadly, the value proposition provided by seniors housing includes socialization, security, engagement, room and board, care coordination, as well as lifestyle and wellness programs that support a high quality of life. 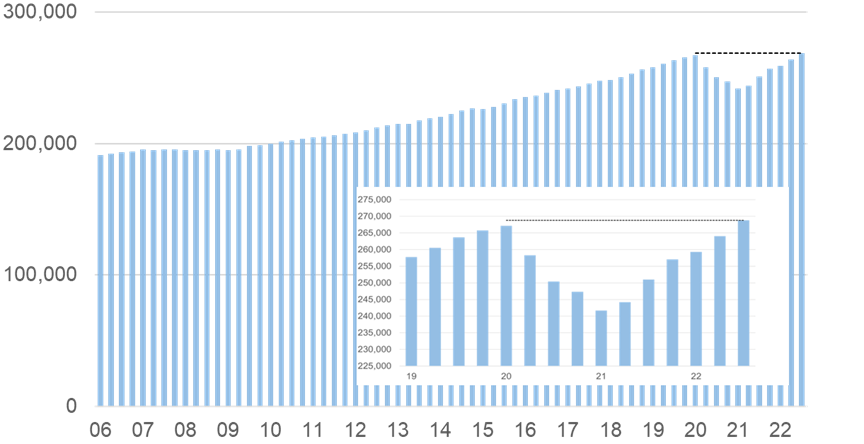 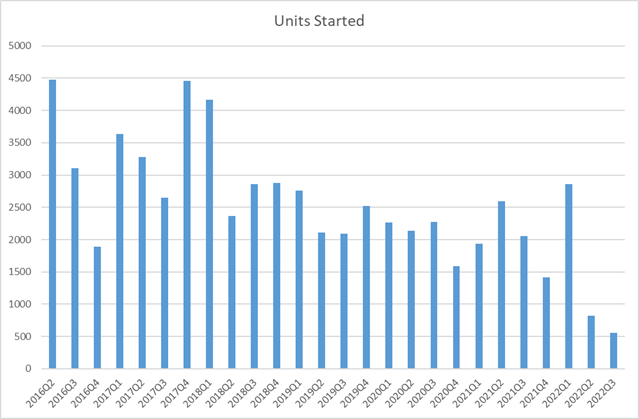 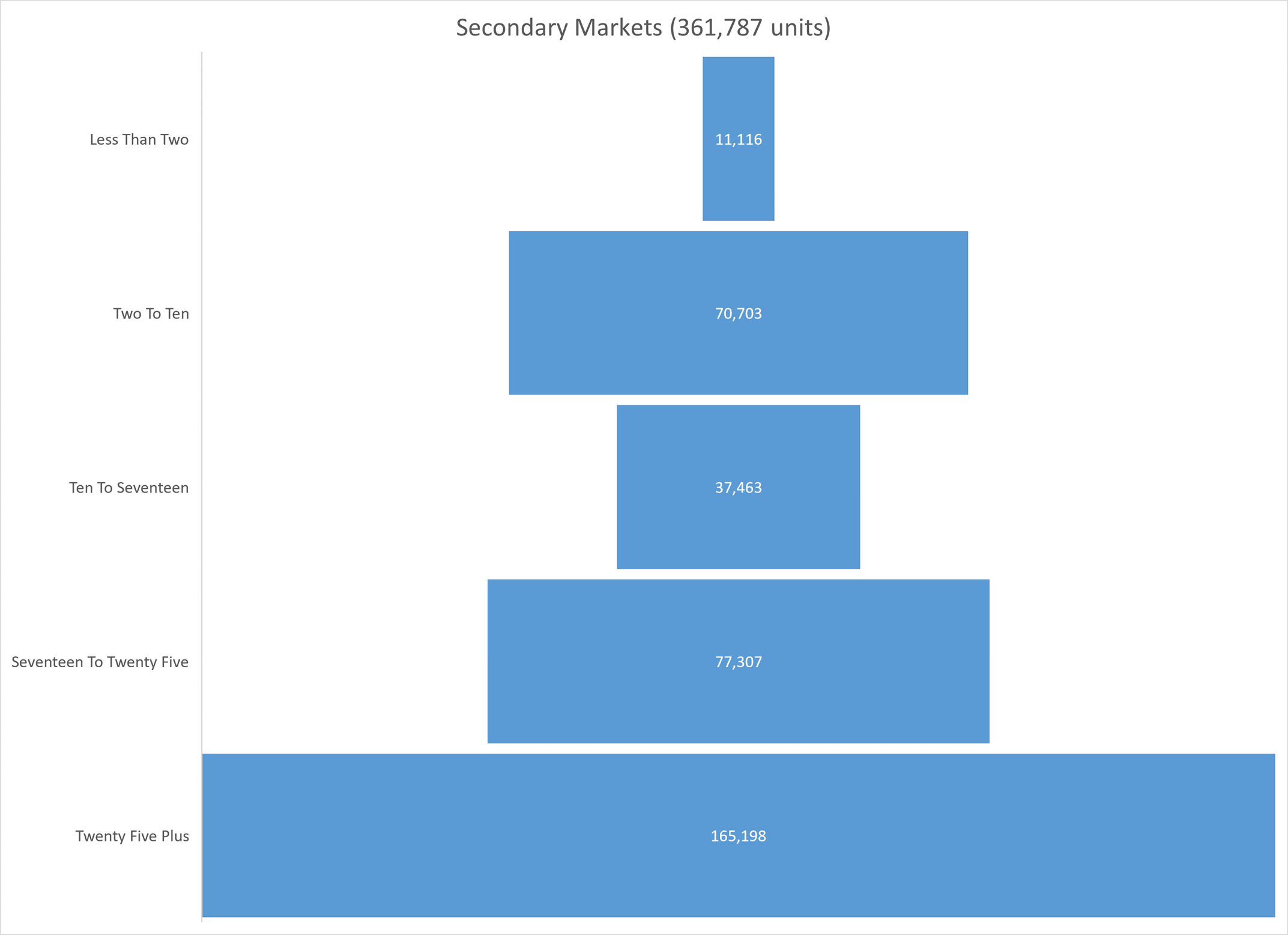 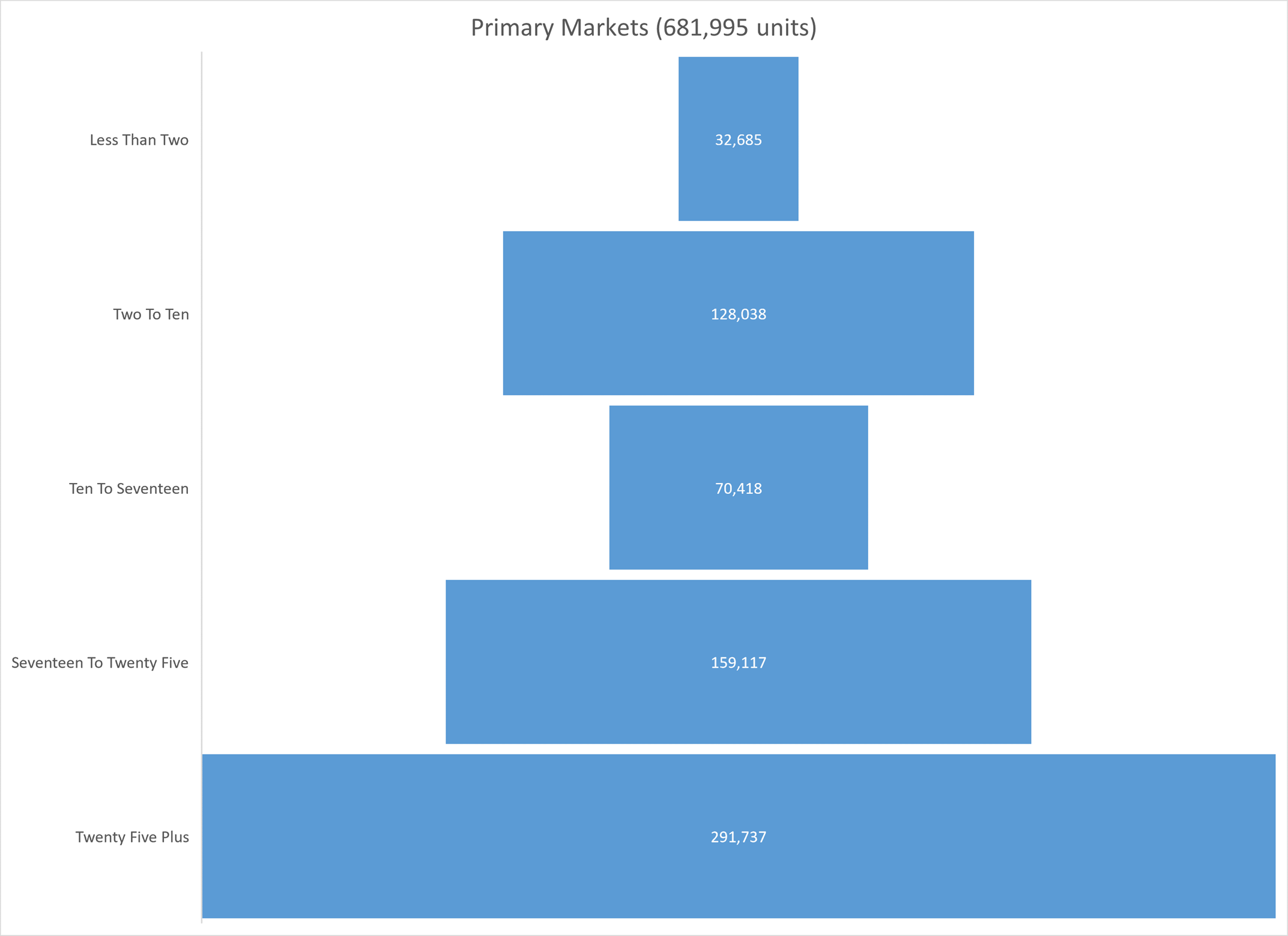 Caroline Clapp is a Senior Principal at the National Investment Center for Seniors Housing & Care (NIC), where she serves as a subject matter expert and supports outreach for the senior housing industry. Prior to joining the staff at NIC, Ms. Clapp was a Vice President at AEW Capital Management. During her 15 years at AEW, Ms. Clapp was a member of the Investor Relations and Research groups, providing client service and real estate research for the firm’s private and public investment strategies. Prior to joining AEW, Ms. Clapp was a Financial Analyst at Entergy Corporation. Ms. Clapp holds a Master of Science in Finance from the Carroll School of Management at Boston College and a Bachelor of Science in Management from Tulane University. Ms. Clapp is a Chartered Financial Analyst® and a member of CFA Society Boston, WIRE Boston, and CREW Network.