And the Beat Goes On…

And the beat goes on as the new normal of living in a world of COVID-19 becomes our reality. However, the beat is not like any rhythm we have ever known. The pandemic has changed the pace of virtually every aspect of our lives and for those of us involved in caring for America’s elders who reside in seniors housing and skilled nursing properties, the challenge has been formidable, although not insurmountable. Despite impaired supply chains and a lack of federal coordination, operators are increasingly acquiring the personal protective equipment (PPE) that is needed to keep their staff and residents better protected from this invasive virus. While heroic stories of frontline care workers seldom make frontpage headlines, stories of carefully implemented safety protocols that limit the spread of the virus within properties abound. 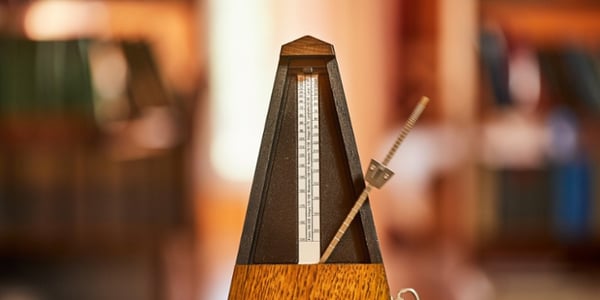 Images of well-planned opportunities for staff and residents to interact, socialize, exercise, and be engaged are common, yet little publicized. When we look back on this time, we will be proud of what the industry has collectively achieved in protecting our seniors in this difficult period. But we will also look back and be frustrated that circumstances were such that many people in the public at large as well as in congregate settings did become ill and, in some cases, die from this perilous virus.To prevent further spread of the COVID-19 virus, we continue to seek PPE. And of critical importance, the industry seeks extensive and reliable testing protocols, again for the general public, as well as for the staff working in and the vulnerable and often frail residents living in congregate settings.

Against this background is the economy and the anguish it is unleashing on millions of workers. In just eight weeks, a staggeringly 36 million Americans have filed initial claims to collect unemployment insurance through the period ending May 9th, 2020. That is more than all the jobs created in the national economy since the time the economy began to recover from the 2008/09 recession and it potentially shrinks the job base to 116 million from 152 million at its peak, a level not seen since November 1994.  Moreover, the figure does not consider the millions of workers who have not yet or will not file claims. We can only expect more of these record-setting events in the months ahead. Separately in a different report, the BLS reported that the unemployment rate surged to 14.7% in April from a 50-year low of 3.5% as recently as February 2020.

The outlook is difficult to project because we still do not know when the pandemic will retreat and if it will return in the future. Its only once we discover a vaccine and it becomes easily replicated and people become immunized that we will really be able to put the pandemic behind us. Until then, we will gradually try to re-open parts of the economy, but the opening will be sputtered, and large groups of businesses may never re-open leaving workers on their own to seek new positions.

The federal government and the Federal Reserve have worked hard to mitigate the damage. Congress and the Administration have now allocated approximately $3 trillion on programs (equivalent to roughly 14% of U.S. GDP) within the CARES Act, the Small Business Administration Paycheck Protection Program (PPP) and other programs. Meanwhile the Fed has worked hard to keep the economy functioning and the credit markets liquid. It pushed the federal funds rate down by 150 basis points in mid-March to effectively zero, lowered the cost of discount window lending, introduced multiple facilities to support the flow of credit and launched the Main Street Lending Program to purchase new or expanded loans to small and mid-sized businesses including seniors housing. Fannie Mae and Freddie Mac have also announced assistance to borrowers, including seniors housing operators, by providing mortgage forbearance for 12 months and waiving related late fees.

Only in time will we know the success of these programs, but what we do know at this time is that much of the economy remains open, the credit system is still functioning, and relief is being provided to millions of jobless workers. Nevertheless, real GDP is still projected to drop by up to 40% at an annualized rate in the second quarter of this year.

The great uncertainty wrought by the pandemic and the economy has virtually shut down commercial real estate transactions markets, including seniors housing, with few deals getting done. Price discovery between buyers and sellers is opaque, at best, and capital is sitting on the sidelines waiting to see how these circumstances unfold.

Where it will end is hard to say, with the virus once again largely dictating the extent of business impact and disruption. In the meanwhile, operators remain fully diligent in their efforts to prevent further contagion, with strict protocols to prevent and limit the spread of the illness across properties. Extra cleaning and contact prevention protocols, limitations on visits, restrictions on group activities, travel restrictions and other rules have been implemented. And for staff, safety protocols, flexible schedules, and accommodations to the new reality of social distancing rules with school closures are all in place.

So, how do you operate in this environment? Contingency planning, scenario analysis, best case-worse case plans all need to be implemented to address the myriad paths that may unfold. From an investor’s point of view, property valuations may be pressured lower, but how much lower? What is the impact on investment returns? From a borrower’s point of view, banks will be looking for lower loan-to-values, stricter covenant agreements, and higher interest reserve requirements, but how much higher? From a broker’s point of view, fewer deals will be coming across desks at least for now, until distressed properties that require capital infusions and recapitalizations emerge, but when? From an operator’s point of view, occupancy rates will be pushed lowered, but by how much? If you are among the half of all properties that had an occupancy rate of 90% or greater as of the first quarter of 2020 by NIC MAP® metrics, the challenge may be large but not impossible. If you are among the 22% of properties with occupancy rates below 80% and in a market with generally low stabilized occupancy rates, the challenges may be greater.

In this time of unprecedented uncertainty and to be best prepared, one step forward would be for all businesses—capital providers and capital seekers--to create a worse case scenario and then ease up on the assumptions to identify the impact on the bottom line. Once there, better informed decisions can be thoughtfully considered.

In the meanwhile, on behalf of NIC, we continue to laud the industry’s frontline workers and those behind the scenes in management and decision-making roles. Cooperation has never been stronger between capital providers and operators, demonstrating that together, we can fight and overcome this pandemic.